SMR at Doicești: too risky, too expensive, too late

Doicești has been designated, without any real consultation of the local community, as a site for SMR nuclear reactors. Greenpeace is responding to this situation by presenting answers to questions received from local residents in Doicești, based on information received from international experts, at a public consultation held in the street in front of the Doicești House of Culture.

Doicești, 3 November - Although months have passed since the announcement of the choice of Doicești as the site for the Small Modular Reactors (SMR), local residents have not had the chance to clarify their doubts and express their opinion on this project. For this reason, Greenpeace activists were present in Doicești, coming to the support of the community with views and information from international nuclear experts and a strong message: "STOP NUCLEAR".

Romania's interest in SMR technology has been expressed since last year.  The authorities intend to place the reactors on the site of the former Doicești thermal power plant, just inside the town, a short distance from people's homes. 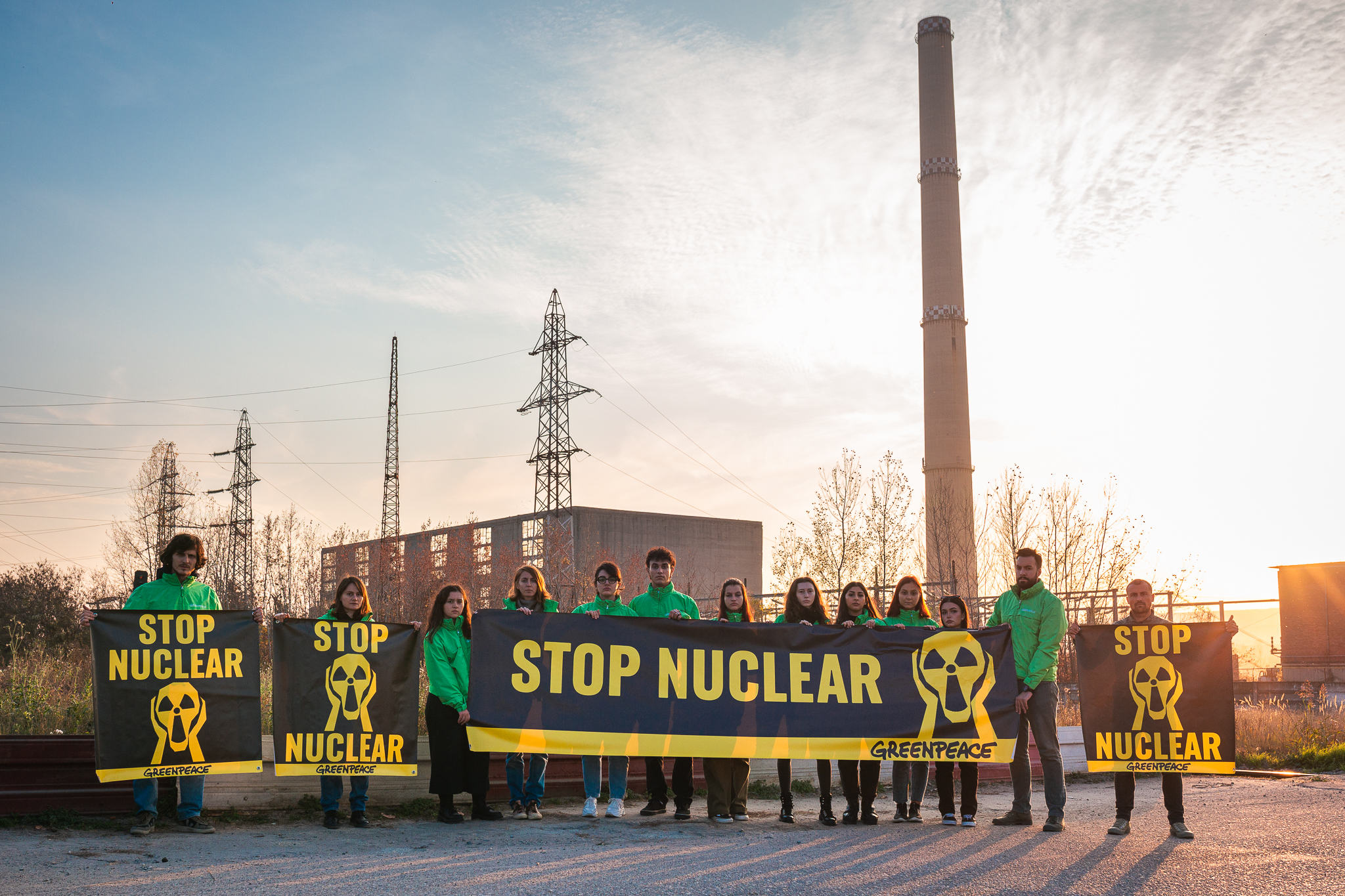 Greenpeace's demands also come as Nuclearelectrica officials have avoided answering questions from the media and local authorities in the region about the risks to local residents. In a press conference on 15 June 2022 in Doicești, to which local citizens were not invited, Nuclearelectrica's general manager, Cosmin Ghiță, failed to give a clear answer on the exclusion zone for the reactors that are going to be installed in Doicești. To date, Nuclearelectrica has not made this information public.

In addition to the risks posed by the questionable location of the reactors, this project requires huge implementation and maintenance costs, which are not justified when compared to the production capacity of these plants. Moreover, this technology is still under development and its implementation is difficult. Virtually no SMR reactors exist anywhere in the world; the nuclear power plant project proposed by NuScale, the company that markets the reactors, has not even reached the stage of a working prototype.

In addition to the technical arguments, there is also the question of the strategic vision to expand nuclear power generation capacity in an increasingly unstable political climate. The war in Ukraine has demonstrated that political stability cannot be guaranteed for the entire multi-decade period over which nuclear power plants operate, nor for the very long legacy of radioactive waste.

The numerous and significant risks pointed out by specialists, the huge costs, the fact that the project has begun to be implemented without public consultation, raise many questions about the institutional apparatus that will be responsible for the safe construction and operation of these nuclear reactors.

Jan Haverkamp, nuclear energy and energy policy expert at Greenpeace, said, "Nuclear investment is a distraction from current priorities. We have seen this phenomenon especially now, during the energy crisis caused by the Russian invasion of Ukraine, observing how energy is being used as a weapon in this war by Russia against the rest of Europe. Instead of helping citizens cope with high prices by actively supporting them through energy efficiency measures, instead of focusing on reducing energy waste in industry, matching demand to availability and investing in rapidly exploitable renewable energy sources, politicians are talking about nuclear energy. This shows that they have greater vested interests in megalomaniac projects than in the welfare of citizens or climate emergencies."

More photos from the event HERE.