33 Greenpeace activists, 33-hour marathon with messages for the 33 Romanian MPs voting on the climate law 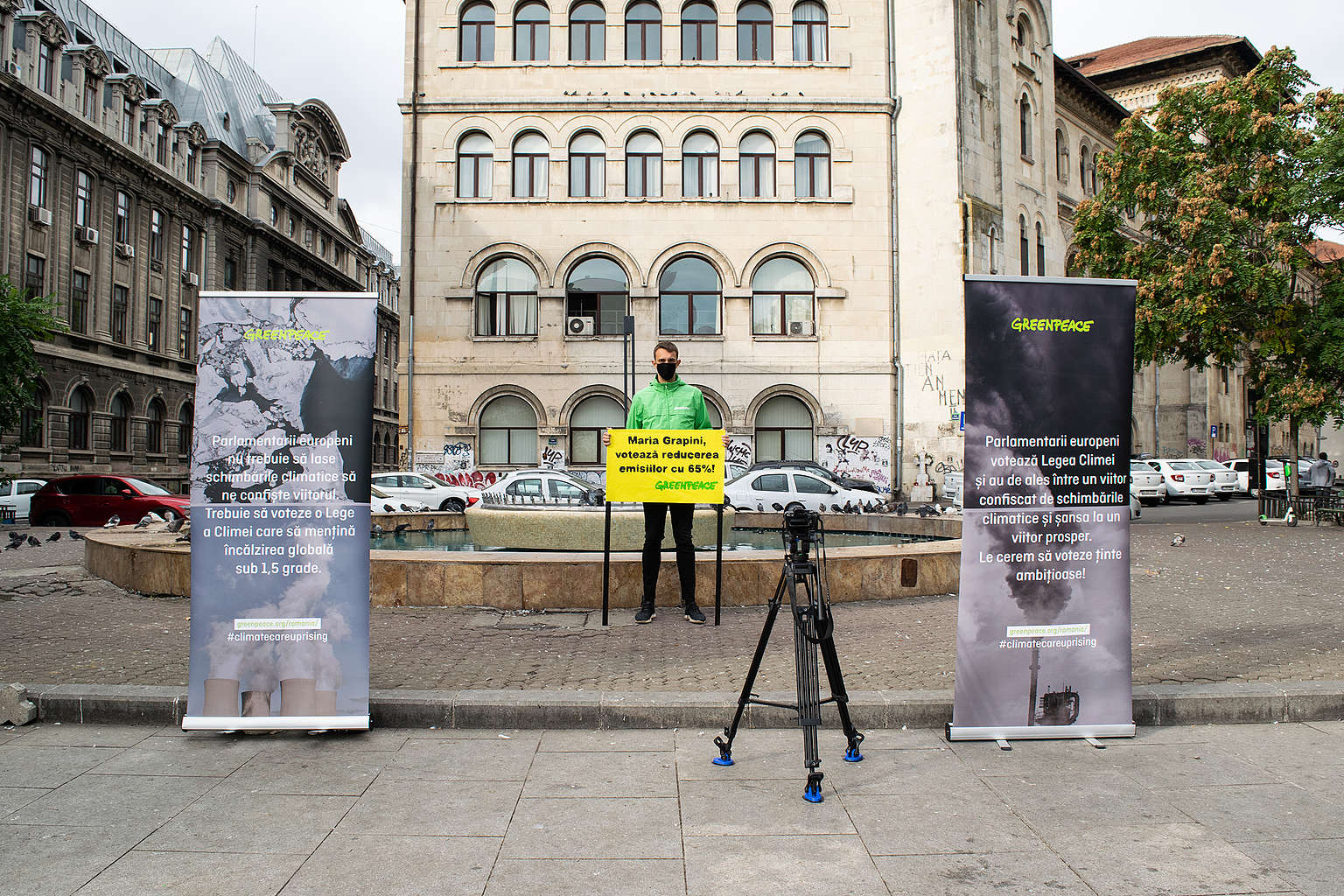 Greenpeace activists are standing in Piața Universității in Bucharest to convince the 33 co-national Members of the European Parliament to vote against pollution, extreme heat, drought and floods, against all extreme weather conditions related to climate change affecting our present and threatening our future. Each of the 33 people will display the Greenpeace message for one hour in Piața Universității, in a continuous 33-hour marathon, ending on the evening of October 2nd.

The messages call for a responsible climate vote, namely, to reduce carbon emissions by 65% by 2030. The percentage is recommended by scientists in order to limit global warming to a maximum of 1.5C, and thus combat the dramatic effects of climate change. 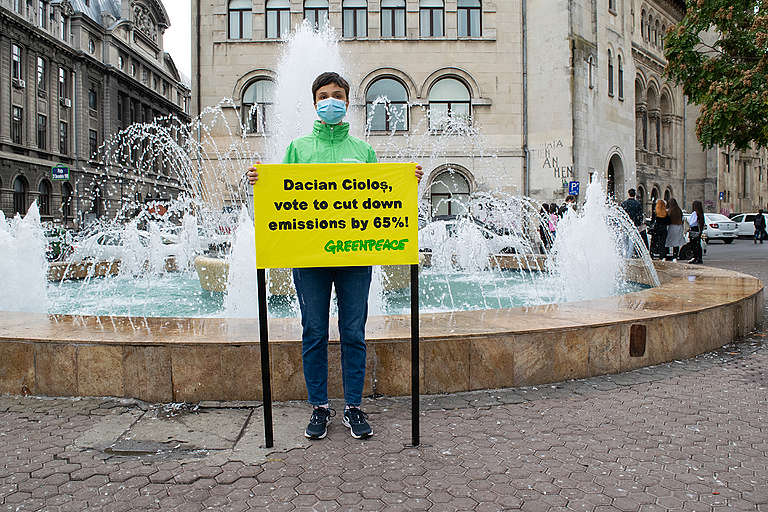 “Romania is and will be one of the most affected countries in the European Union when it comes to climate change. We are experiencing one of the most severe droughts in the last decades, the corn and sunflower crops are severely affected. In June, floods ravaged the western region of the country, and the south of Romania is in full process of becoming a desert. Scientists are constantly warning us that these phenomena will become more and more frequent and intense in the upcoming period unless we do something. And we chose to take action. Through this activity, we want to send a very clear message to the Romanian Members of the European Parliament – to vote for an ambitious European climate law, to vote for the reduction of greenhouse effect emissions, to avoid the collapse we are rapidly approaching. And of course, we encourage everyone to send messages to the Members of the European Parliament requesting the same thing”, said Vlad Cătună, coordinator of the Climate and Energy campaigns.