More than 40 activists drew attention to the need for protection of climate and biodiversity today, by blocking five ministries and the Government Office

More than 40 activists drew attention to the need for protection of climate and biodiversity today, by blocking five ministries and the Government Office of the Slovak Republic. 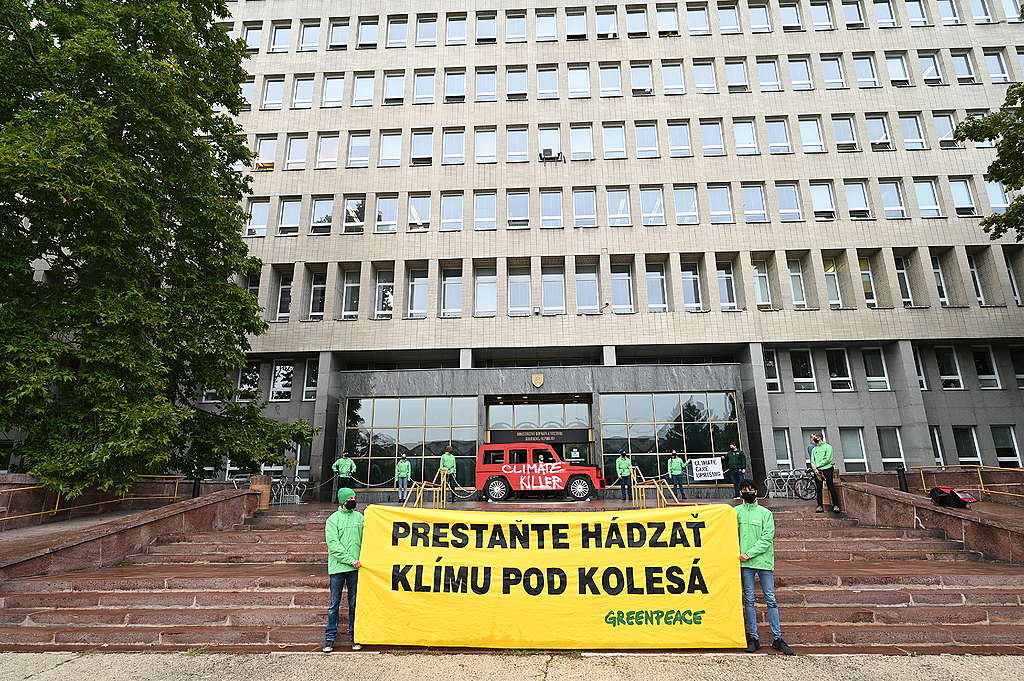 Participants of the action included Bod obratu [Turning Point], Extinction Rebellion Slovakia, Greenpeace Slovakia, Študenti bez mena [Students Without Name] and Znepokojené matky [Concerned Mothers]. According to the organizations, it is essential that the Slovak government address the protection of climate and biodiversity as a priority, jointly, and not merely fragmented, divided among individual ministries. The first step should involve support for a 65% reduction in emissions by 2030, at next week's summit of the European Council.

The organizations have thus joined international activities which are taking place in 26 countries within the framework of the Climate Care Uprising project. These activities aim to draw attention to growing problems across the many interrelated areas, be they environmental protection, social inequalities, discrimination, or problems in health or economics.

“The climate crisis is an urgent, over-reaching problem, that affects all areas of society. The time to act is now, in a few years it will be too late to put out the fires that we had neglected and to weep over the consequences of climate change or the loss of biodiversity. Before the election, all parties of the governing coalition declared their intention to address these issues, and three of four parties promised to support ambitious climate goals. We have come to demand fulfillment of the election promises. Just a week hence, Prime Minister Matovič can show, at the European Council, whether they were serious about it,” said Katarína Juríková, Program Director of Greenpeace Slovakia. 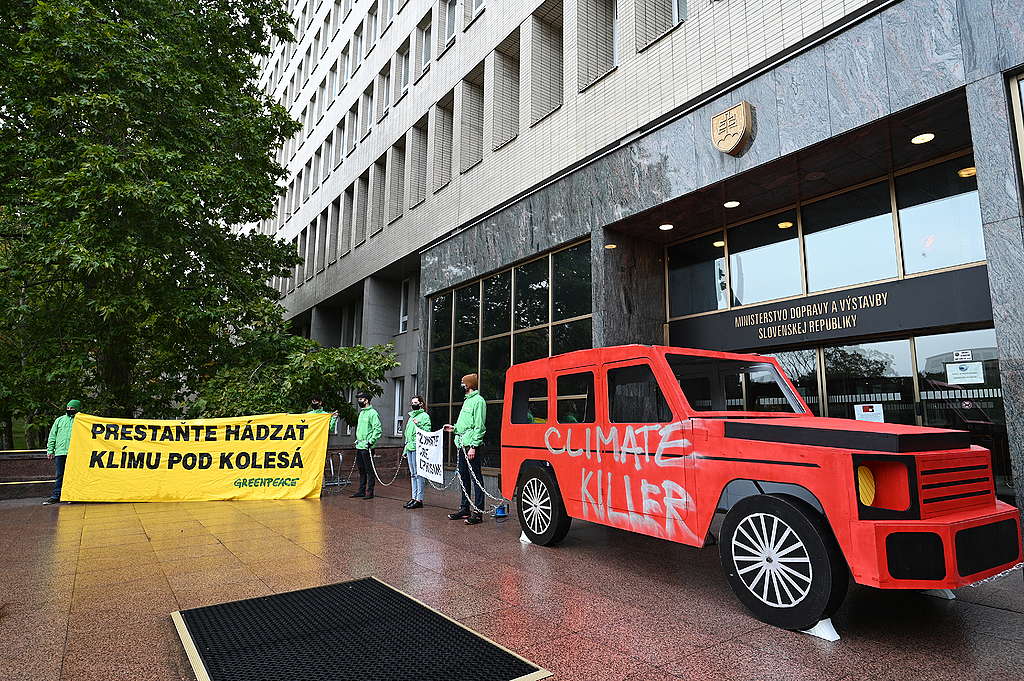 Greenpeace Slovakia has come with a life-size car model, to relay a message to the Ministry of Transport, Construction and Regional Development, that if we want to solve the climate crisis, we must change fundamentally the priorities in the transportation field. “CO2 emissions from transport were 55% higher in 2017 than in 1995, mainly due to the growing number of cars on the road. This not only contributes to the climate crisis, but also to the deterioration of air quality, which is responsible for up to 5,400 premature deaths a year. In spite of that, the ministry plans to spend up to 78% of transportation development funding on passenger car transport. Instead of supporting and maintaining the unsustainable model, we need to invest in environmentally friendly alternatives, such as train and bicycle transport,” said Pavol Fábry, coordinator of the Greenpeace Slovakia climate campaign. 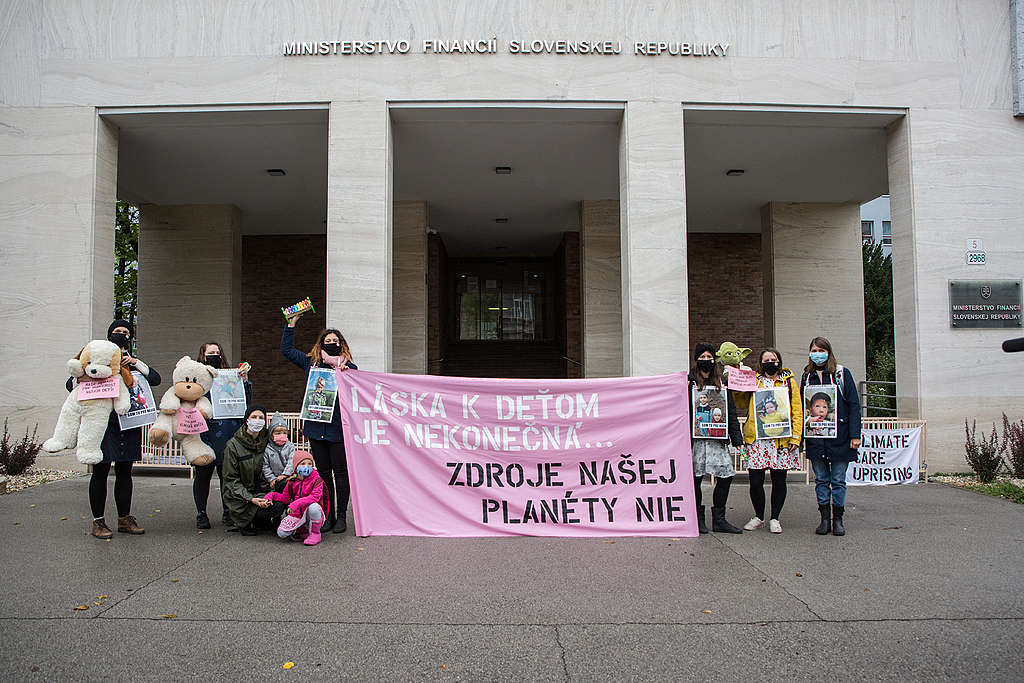 While other activists blocked the entrance to the Government Office with the message "The climate crisis will not wait," Znepokojené Matky blocked the entrance to the Ministry of Finance symbolically, with baby beds. Their message said clearly: “Love for children is infinite ... the resources of our planet are not.” “The beds are a symbol of rest and peace. Yet our children are growing up into an uncertain and catastrophic future. As mothers, we cannot just remain silent and watch our politicians fail to act with sufficient determination, leaving the chance to protect the lives of future generations run out through their fingers,” said Ivana Nemethová, on behalf of Znepokojené matky. 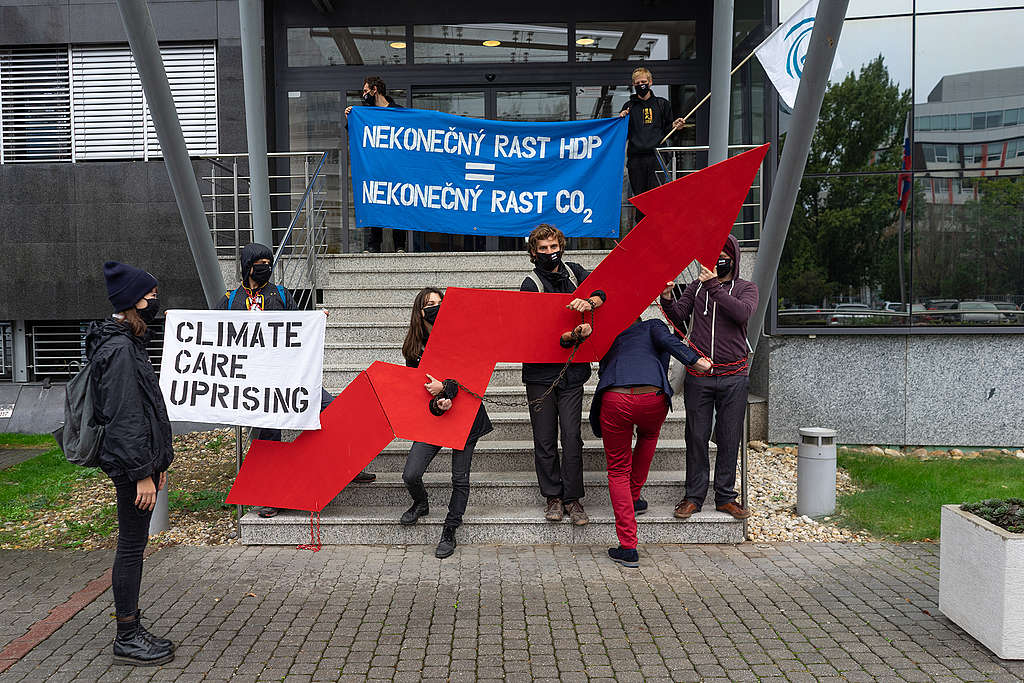 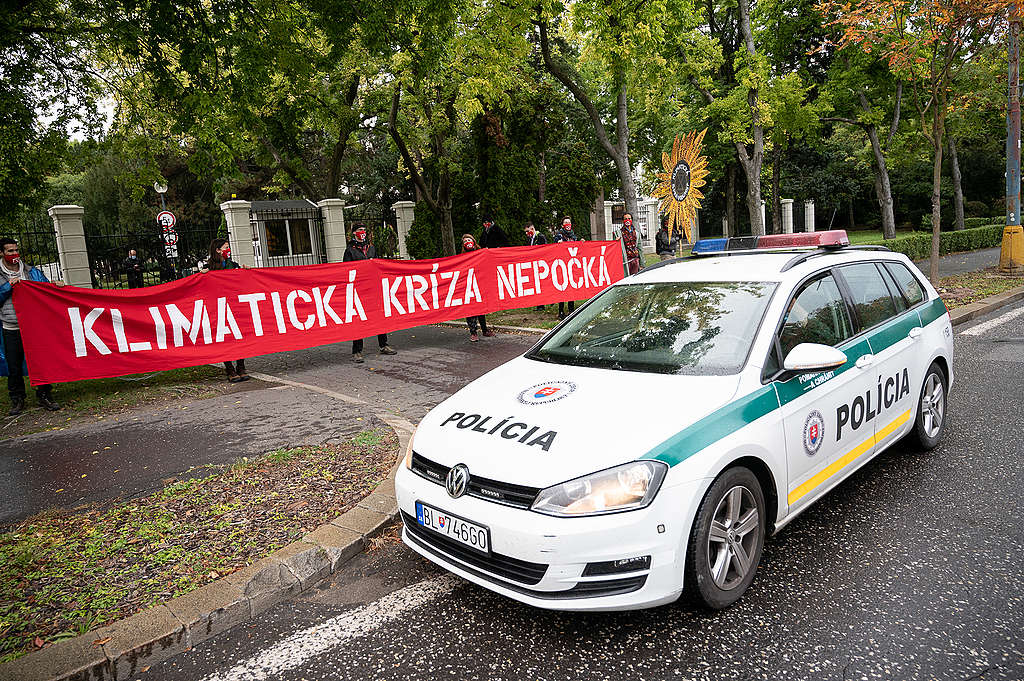