Greenpeace Poland with a group of divers reached the Nord Stream 1 gas pipeline located at the bottom of the Baltic Sea, which supplies Russian fossil gas to Germany. Technical divers went underwater with the slogans "No to gas", "Stop gas, stop the war!" and "Gas embargo now" in protest against the dependence of member states on fossil fuels. In the coming weeks the European Parliament will take a stand on the EU taxonomy, i.e. the EU legal act to promote the financing of green, sustainable projects in the energy sector. MEPs are to decide whether gas will also be included on the list of projects labeled as green. 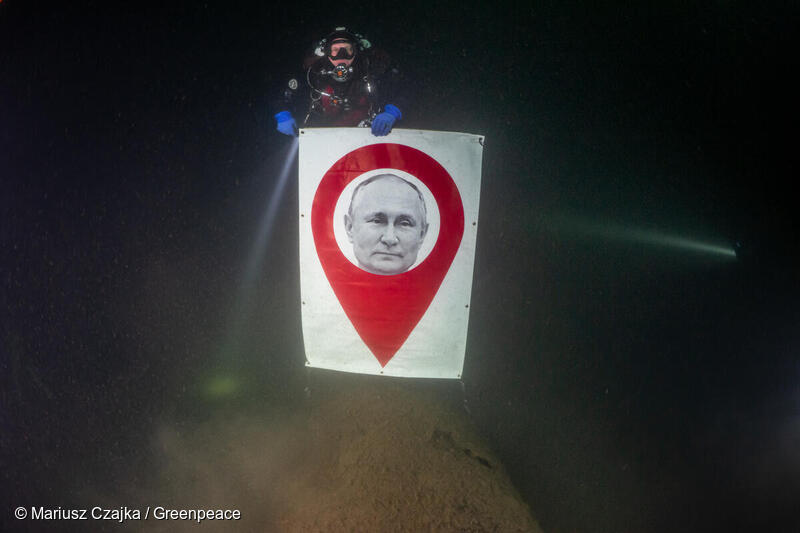 A group of divers cooperating with Greenpeace descended under the surface of the Baltic Sea to a depth of 48 m, where the Nord Stream 1 pipeline lies at the bottom of the sea, to carry out a peaceful protest to call for the embargo on Russian gas. Action took place approximately 45 nautical miles from Kołobrzeg in the exclusive economic zone of Denmark. So far, no group of Polish divers has conducted such an action in the Baltic Sea.

- Russia fossil gas flows day and night through the Nord Stream gas pipeline providing the Russian Federation with enormous profits. This money supports Putin's army, which has been waging war in Ukraine for over three months now. The only way to cut the Kremlin from the flow of money, which fund the war in Ukraine, is to introduce a full embargo on Russian fuels, including the gas embargo - says Katarzyna Bilewska from Greenpeace Poland. 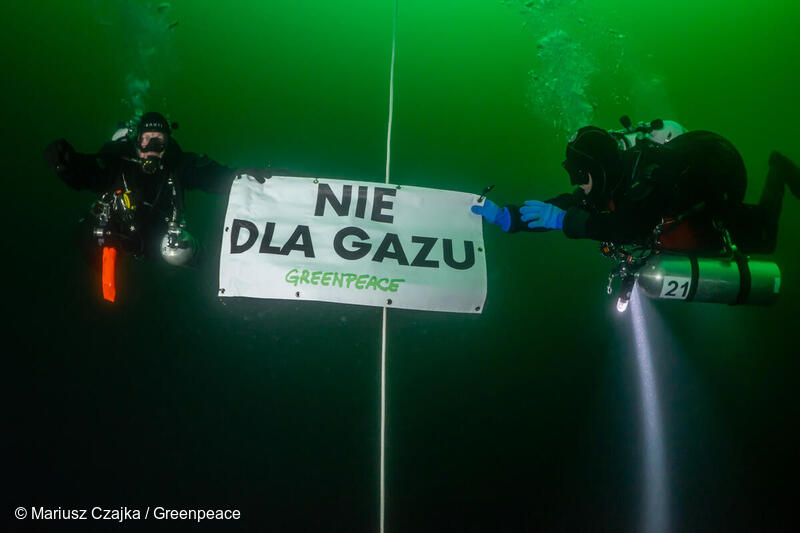 The underwater action by Greenpeace Poland and technical divers coincided with the recent publication of the results of an investigation conducted by Greenpeace France. It unveils that lobbyists from Russian companies Gazprom, Lukoil and Rosatom lobbied in the European Parliament for including gas on the list of investments considered by the EU to be sustainable in terms of the environment and climate within the EU taxonomy. Representatives of Russian companies have met EU commissioners and senior officials directly or through subsidiaries and lobbying groups at least 18 times since the European Commission published its 2018 Action Plan. According to the report, by further expanding gas capacity in Europe (and, as a result, deepening the EU's dependence on gas), Russia could earn an additional EUR 4 billion a year, and by 2030 a total of EUR 32 billion.

- Next week, the European Parliament will start working on the EU taxonomy, thanks to which projects related to the development of green energy will have easier access to financing. It is absurd to include gas in it. Further investments in fossil gas will not only fuel the climate crisis and will push the EU member states further into dependency on Russian imports but it will also be a slap in the face to heroic Ukraine’s defenders. That is why we appeal to Polish MEPs to reject this proposal - adds Katarzyna Bilewska.