Greenpeace Romania blockade in front of the Ministry of Energy

Greenpeace Romania blockade in front of the Ministry of Energy

Bucharest, April 13, 2021 - Greenpeace activists formed a blockade in front of the Ministry of Energy headquarters, holding banners which read „Future for people, not coal” and „Renewable energy, not coal”. The messages were addressed to the Minister of Energy, Virgil Popescu, and the key decision makers of the Energy Ministry, who refuse to accelerate the energy transition in Romania while illegally granting considerable amounts of public money to subsidize coal. 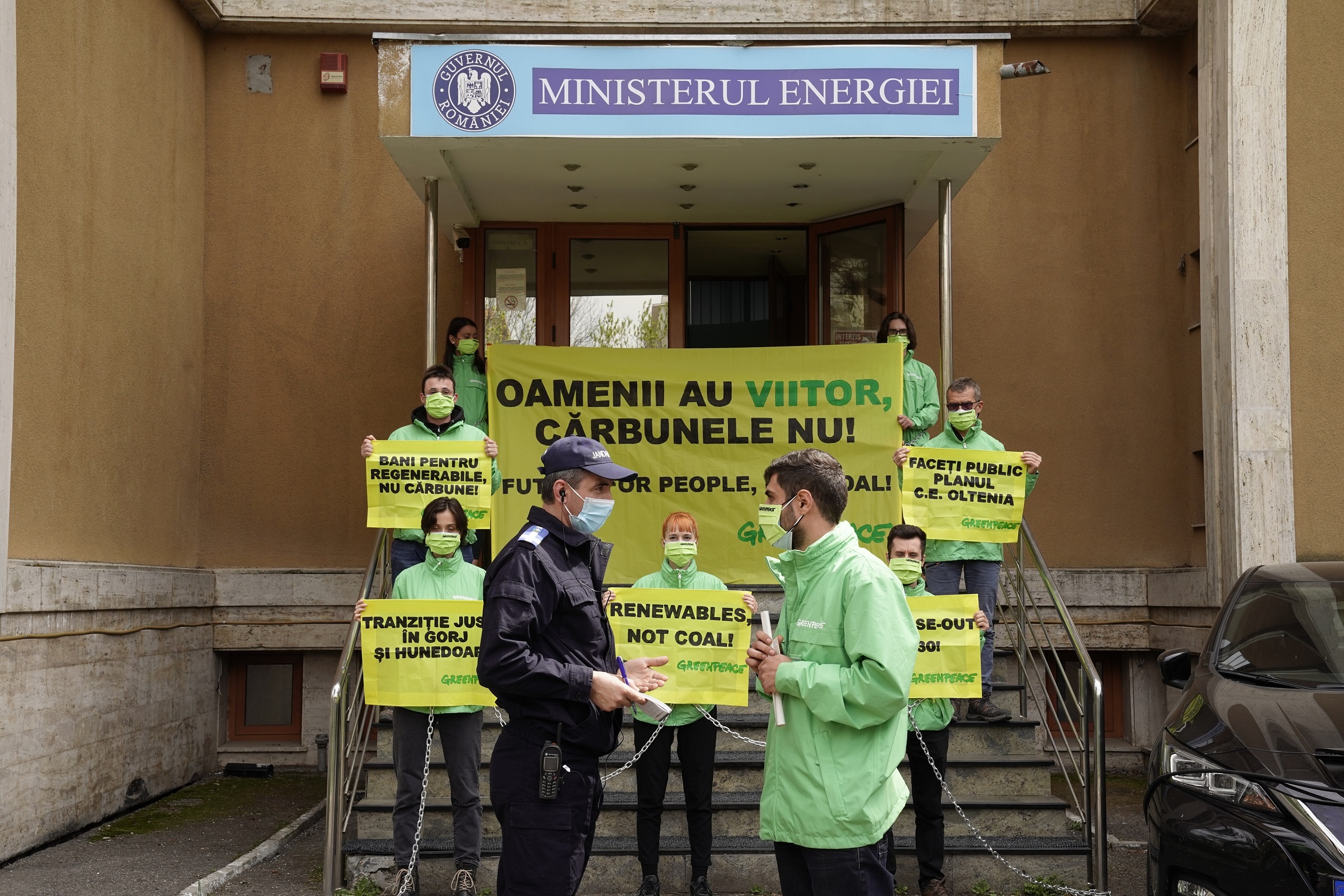 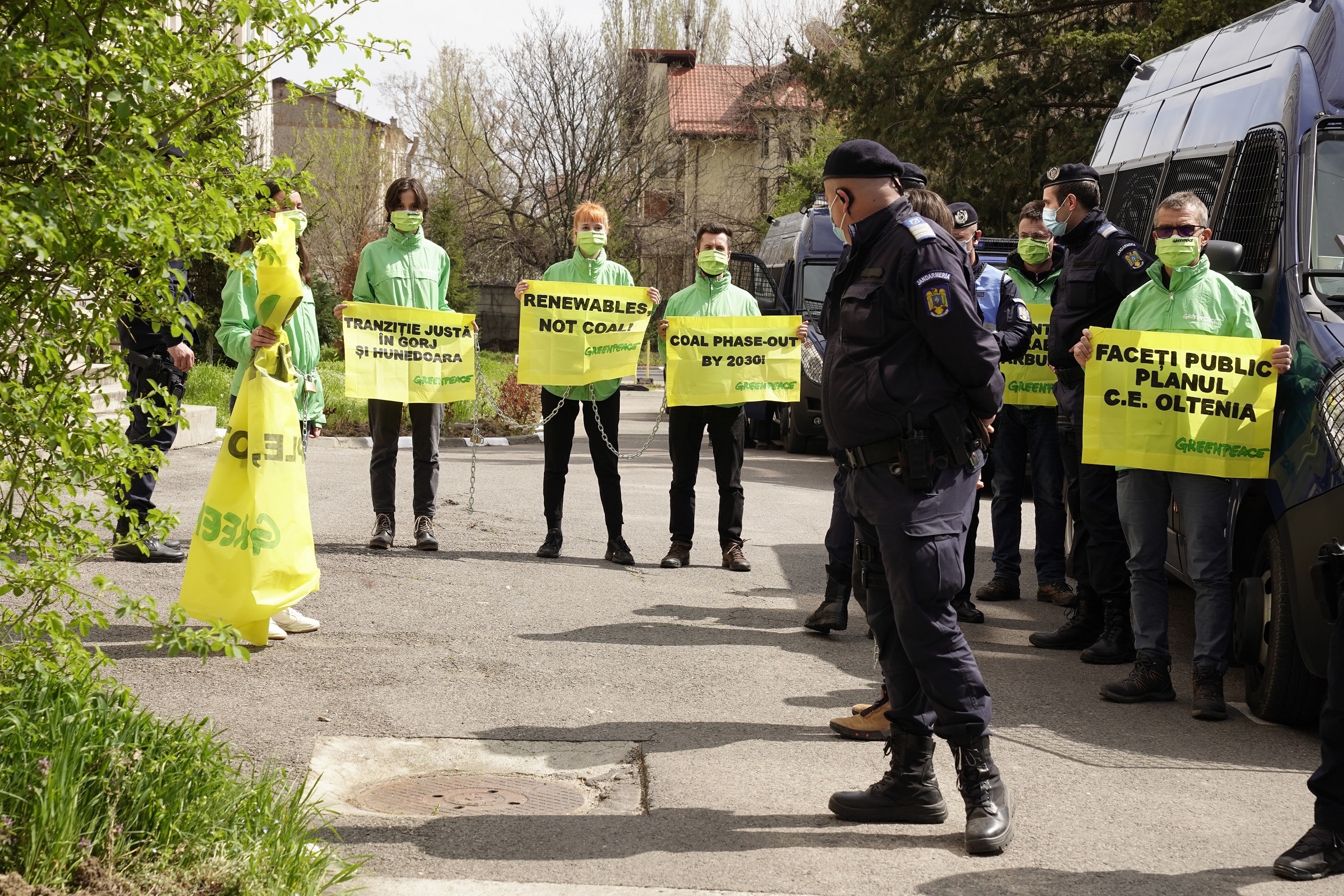 Romania is currently among the very few European states that have not yet set a clear coal phase-out date while also lacking a realistic plan to eliminate this fossil fuel from the national energy mix and to replace it with new renewable energy-based capacities. Furthermore, Romania is one of the European states that is most affected by the effects of climate change. Red code weather forecast warnings are annually increasing and include heat waves, floods, heavy rainfalls, wind intensification, extreme temperatures, etc. It is precisely this issue that the Romanian Government chose to ignore when, on March 31, it decided to illegally grant 241.4 million euros to the Oltenia Energy Complex for the payment of its CO2 emissions certificates. 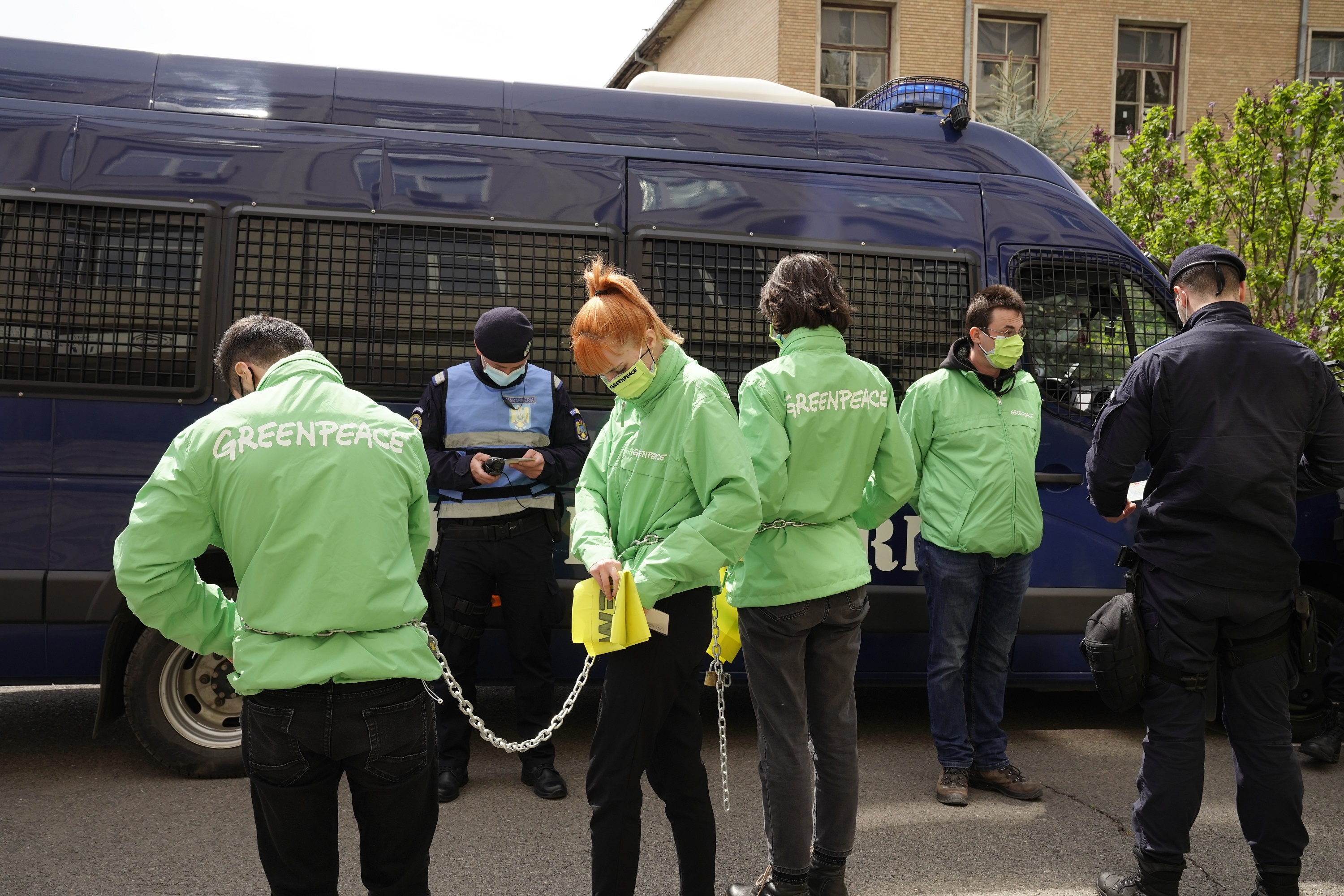 “The Minister of Energy, Virgil Popescu, is adamant on remaining stuck in the past! We came here to tell him that we do not want Romania to lag behind when it comes to the energy transition. We want renewable energy to be prioritized ahead of fossil fuels. It is unacceptable that the Romanian Government has been allocating hundreds of millions of euros out of Romanian citizens` pockets for years on end for a dirty industry that is slowly killing us. Money should be invested towards the sustainable development of mining regions, centered around economic alternatives, green energy and energy efficiency. The Ministry of Energy and the Romanian Government have to support Gorj and Hunedoara counties to access European funding in order to create new jobs”, said Vlad Cătună, Climate & Energy campaigner for Greenpeace Romania. 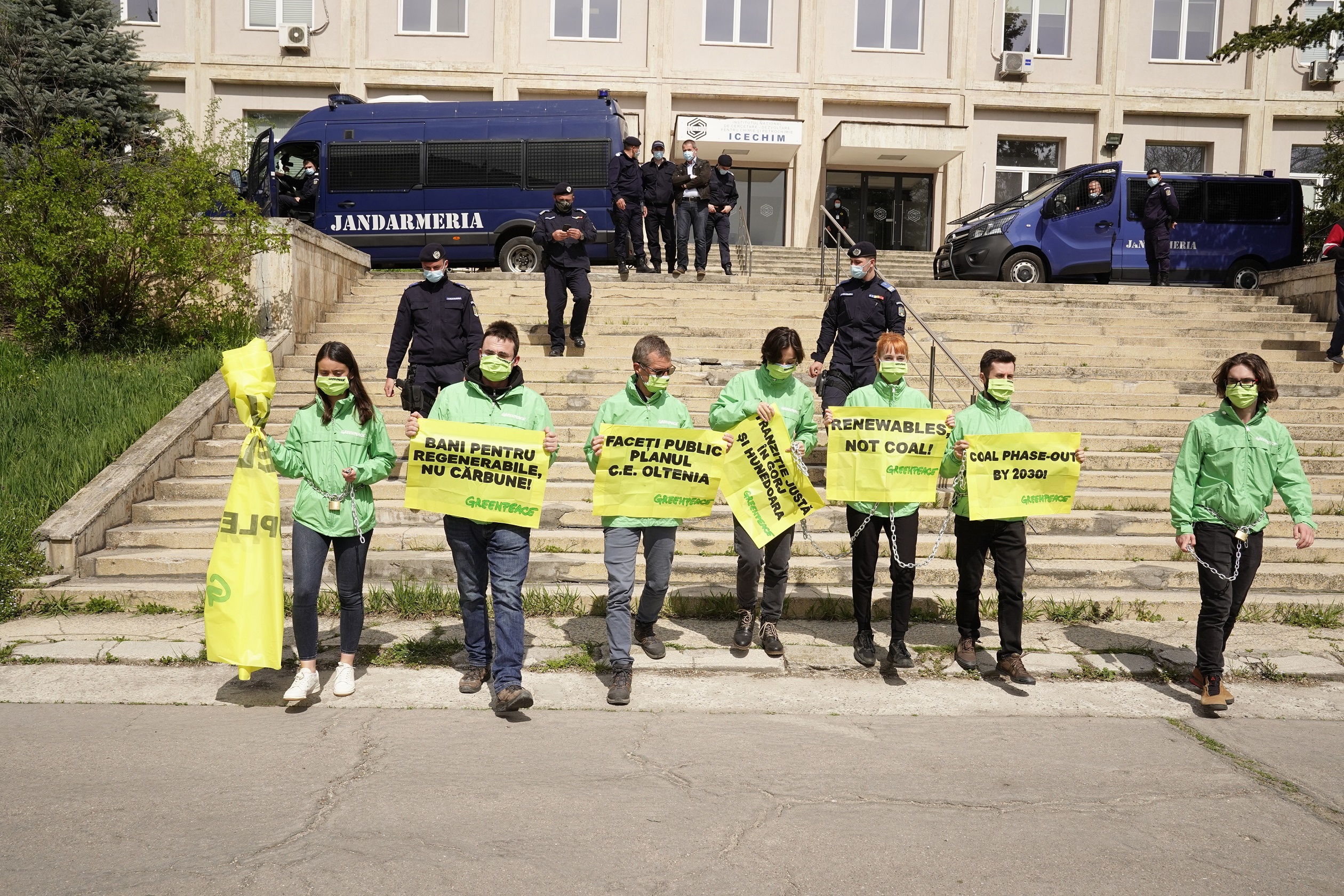