Greenpeace Bulgaria and the Bulgarian NGO “Za Zemiata” (For the Earth) obtained access to letters according to which the Ministry of Environment allows the Bobov Dol Thermal Power Plant to burn up to 500,000 tons of waste for “experimental purposes”. We publish this correspondence because its content has particular social importance and is related to human health and the environment. 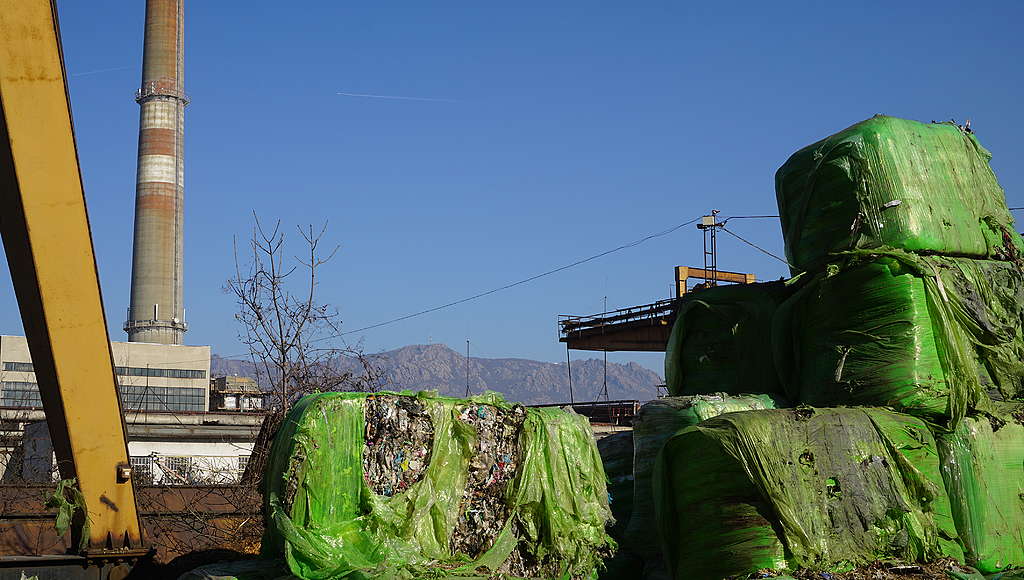 “This is a small victory over such negative institutional practices as ’hiding’ of information, which should be available to public as a rule. This case is indicative of the fact that very often several court decisions and years of litigation are required for citizens to exercise their legal rights,” sai lawyer Regina Stoilova.

It took two court decisions and two years of litigation to uncover the contents of the letters by the Ministry authorizing the incineration of waste at a coal-fired power plant connected with Hristo Kovacz.

The court decision explicitly states that this information is about the environment, so the public should have access to it. However, every time the Ministry examined the requests from Greenpeace Bulgaria and organisation For the Earth, such requests were redirected to Bobov Dol Thermal Power Plant, which refused to disclose the correspondence, claiming that it contained "trade secrets". Accordingly, instead of protecting the public interests, the Ministry claimed that it had no right to disclose such information, despite court orders.

The content of the letter signed by Deputy Minister of the Environment Krasimir Zhivkov, arrested earlier this year, contradicts not only Bulgarian, but also European legislation, since the figures set out in it, exceed by 10,000 times the maximum threshold of 50 tons per year allowed for burning of alternative fuels for the experimental purposes. Another interesting observation from the revealed correspondence between the thermal power plant and the Ministry is that the institution refused to conduct experimental combustion at the plant for almost two years – the first request was filed at the end of 2016, and the first refusal by the Ministry of the Environment was in 2017. However, Bobov Dol Thermal Power Plant continued to insist. The plant's efforts were crowned with success with the appointment of Neno Dimov as the Minister of the Environment at the end of 2018 when the power plant started burning waste.

Greenpeace Bulgaria and Za Zemiata have been fighting for years against of waste incineration, but the practice generated particularly strong public disapproval at the end of 2019. In early March 2020, with the assistance of the international human rights organisation ClientEarth, the environmentalists also filed a complaint to the European Commission against illegal waste incineration at several outdated coal power plants in Bulgaria.

Meglena Antonova from Greenpeace Bulgaria said that incineration of waste poses a huge risk to the health of workers at these factories, residents of the regions and nature. Emissions from waste incineration can contain heavy metals, dioxins and furans that are present in waste gases, water or ash.

Over the past few years, the waste incineration has become the main way to reduce carbon costs amid deteriorating economic performance in coal-fired power plants.

It seems that the owners of thermal power plants such as Bobov Dol intend to operate obsolete facilities to the last, before succumbing to the emergence of new technologies and transferring contaminated soil and water and vast areas to the population for restoration.

The fact is that the correspondence is stubbornly kept secret by the plant and the Ministry of Environment proves one thing – both sides realize that they are facing public disapproval. This was confirmed at the end of 2019, when many media raised this topic and the vicious practice of waste incineration became widely known. Finally, the public pressure forced the Bobov Dol Thermal Power Plant to refuse waste burning. On the positive side, being well informed, public can make the changes we all need.