Sofia,‌ ‌15 ‌October 2021‌ - The Bulgarian government has announced that the country will phase out coal in 2038 in its National Resilience and Recovery Plan, submitted to the European Commission. It makes Bulgaria the twentieth European country to announce a coal exit date, but like Germany (2038) and Montenegro (2035), it is an inadequate one that leaves Bulgaria falling far short of its responsibilities on climate change. 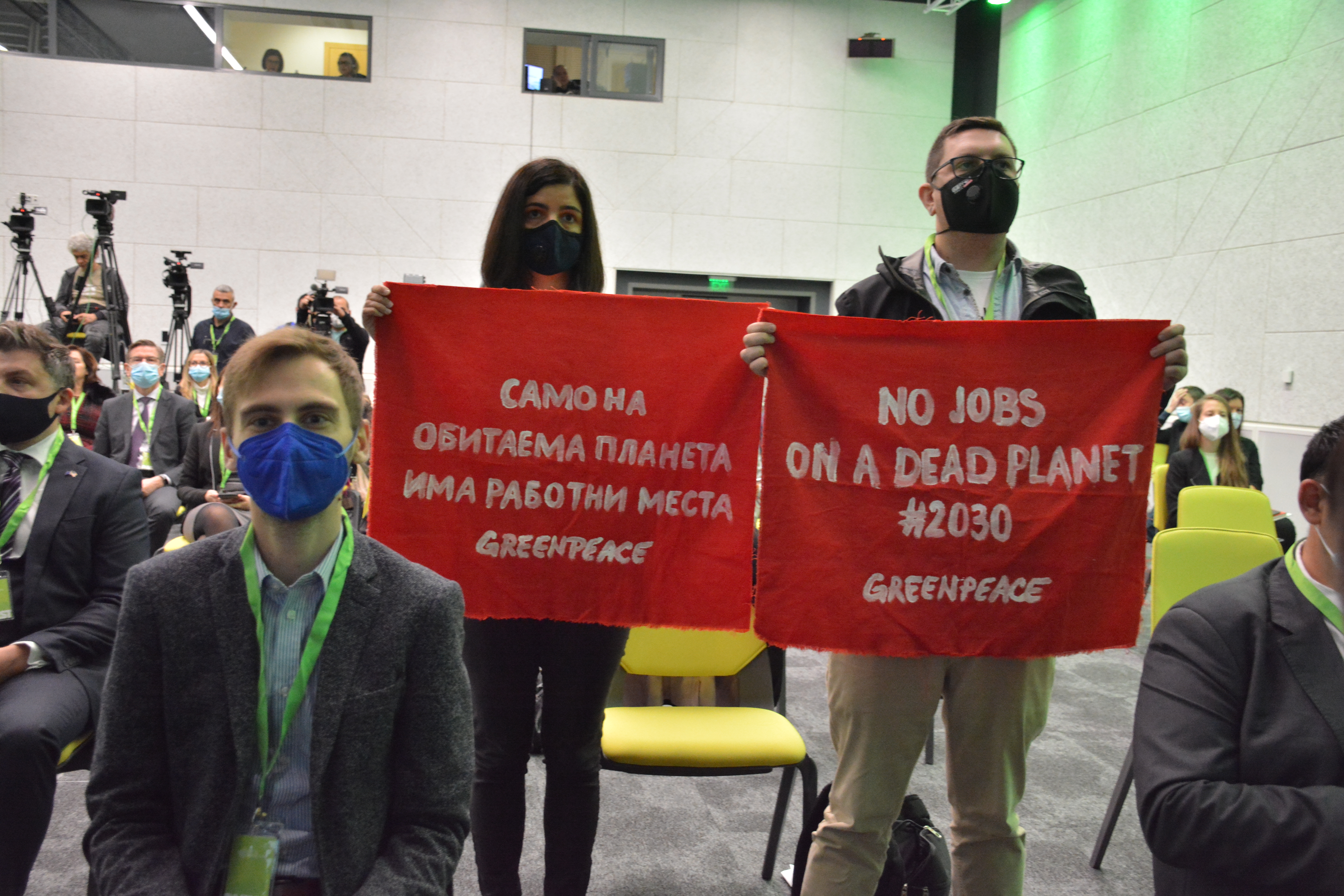 Bulgaria’s coal industry is on the brink of collapse, with an estimated one billion euro of upgrades required to bring it in line with EU emission standards [1]. The country’s largest coal power plant – state-owned Maritsa East 2 – is more than 760 million euros in debt, and is waiting to find out if the European Court of Justice will overrule a Bulgarian government decision to allow it to emit twice as much toxic SO2 as permitted under EU law [2]. Coal plants owned by energy tycoon, Hristo Kovachki, have also been found to be in breach of EU and WHO air pollution standards [3], and are suspected of under-reporting emissions and therefore avoiding to pay approximately 30 million euros under the emissions trading scheme [4].

“The Bulgarian government’s dragged-out coal exit fails to protect its people, and allows coaligarchs to continue scooping up millions in taxpayer money, while polluting our air and water. A just transition in Bulgaria would not only put an end to this, but would help combat the climate emergency, and breathe new life into devastated local environments and communities monopolised by coal. The EU’s just transition funds are vital in accelerating this process. Our country can’t afford to miss out on them,” said Desislava Mikova, Climate and Energy Campaigner at Greenpeace Bulgaria. “More than 60 percent of Bulgarians want coal gone by 2030 because they see a better future ahead with renewable energy. They are now being denied this opportunity so that rich polluters can keep their exploitative businesses on life support.”

Bulgaria’s coal exit plan lags far behind those of its direct neighbours Greece, North Macedonia and Romania, which have announced 2025, 2027 and 2032 coal exit plans respectively.

“Such a late coal phase out date will delay crucial investments in things like renewable energy projects and retraining schemes for workers which are needed to transition to a future without fossils. These, and the need to limit temperature rise to 1.5°C above pre-industrial levels, should decide Bulgaria’s coal exit date, not the wants of coal companies whose main motive is to profit from the Bulgarian taxpayer for as long as possible,” said Radostina Slavkova, Climate and Energy Coordinator at Za Zemiata – Friends of the Earth Bulgaria.

“Bulgaria, Montenegro and Germany are making a mistake in setting a slow coal phase out that doesn’t match what is happening economically or socially. Coal power is hurtling towards a 2030 exit across Europe, and no amount of wishful thinking for later phase-outs will stop this,” said Kathrin Gutmann, Europe Beyond Coal campaign director. “People across Europe want their governments to act to provide affordable energy, clean air, and a safe climate.The Bulgarian government needs to understand that it can only deliver on these demands by exiting coal this decade and massively accelerating the roll-out of renewables.”