Greenpeace ship highlights dangers of fossil gas in the Adriatic

Greenpeace ship highlights dangers of fossil gas in the Adriatic

Rijeka,‌ ‌16 ‌October 2021‌ - Almost a year after a gas rig sunk in the Adriatic Sea near Pula in Croatia, Greenpeace activists on the Arctic Sunrise sailed near the site and unfolded a 23 meter-long banner saying “Clean up your mess – stop fossil gas”. Greenpeace Croatia demands authorities to urgently address the issue of outdated fossil fuel infrastructure and the risk of methane leakage during fossil gas extraction which substantially contributes to the climate crisis. Greenpeace calls for a swift transition away from all fossil fuels to renewable energy. 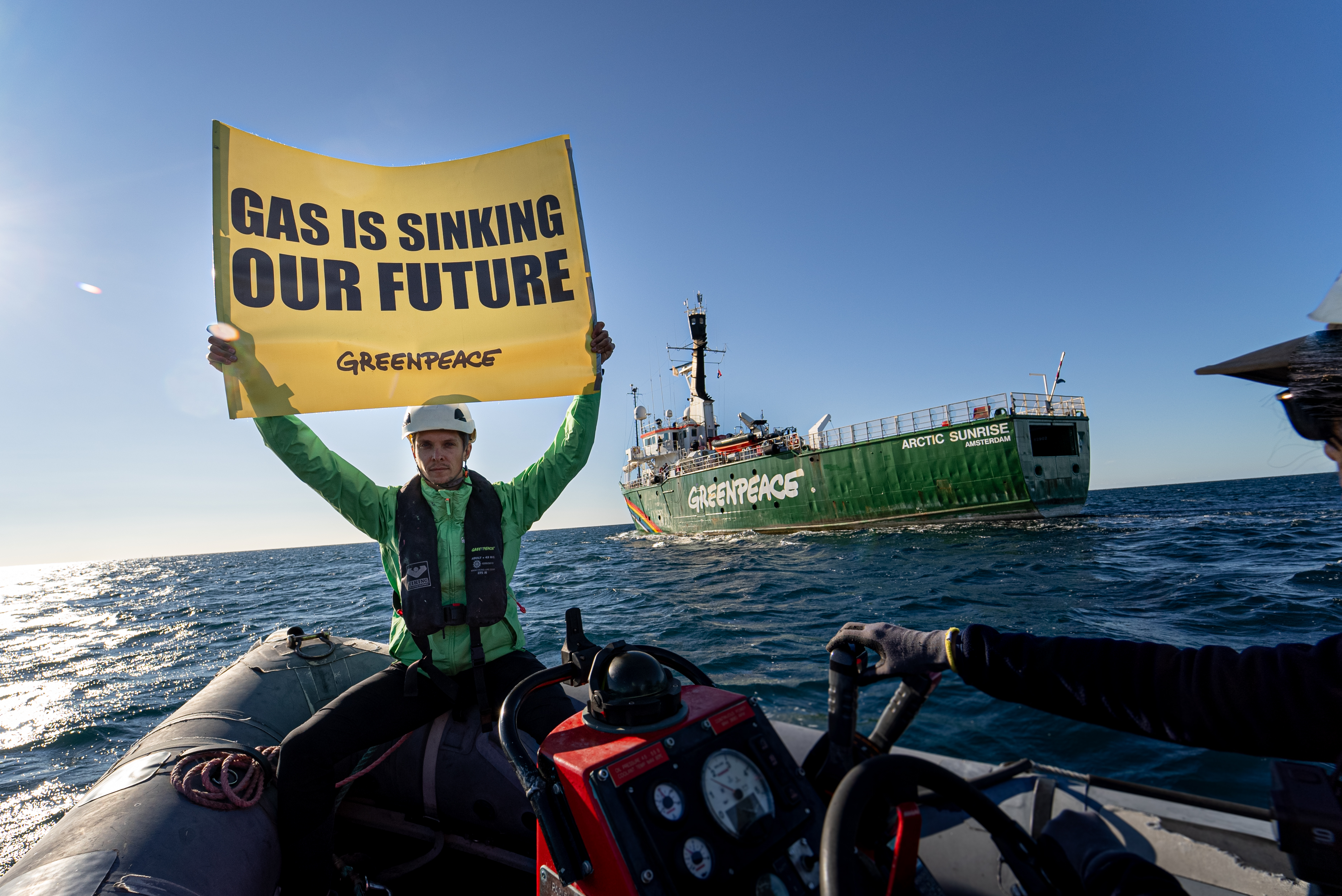 The peaceful protest took place near the sunken gas rig “Ivana D”, which is deposited 43 meters below the sea surface 50 kilometers off the Croatian coast, west of Pula. “Ivana D” belongs to the Croatian oil and gas company INA and was reported lost in December last year until being found a few days later at the bottom of the sea – where it remains until today.

“It is terrifying enough that a gas rig can just go missing like a lost sock. Furthermore authorities and the responsible company seem to fail to remove remains of their infrastructure from the sea bottom and ignore the scientifically proven potential threats of gas leakage.[1] We are told by authorities that Ivana D’s well is supposedly closed – in the same way we are assured that the extraction process itself is safe and clean, despite numerous documented leakages of methane all over Europe”, says Petra Andrić, climate and energy campaigner at Greenpeace CEE.

Greenpeace Croatia has been warning about the possibility of methane leakage and called on the Croatian government as well as INA to check the affected well and all other boreholes for greenhouse gas emissions.[2] The government and INA however did not respond to our public appeal, nor did they provide results of any investigations to the public – although alarming studies are showing that gas infrastructure is often leaking methane throughout the whole lifecycle.[3][4] 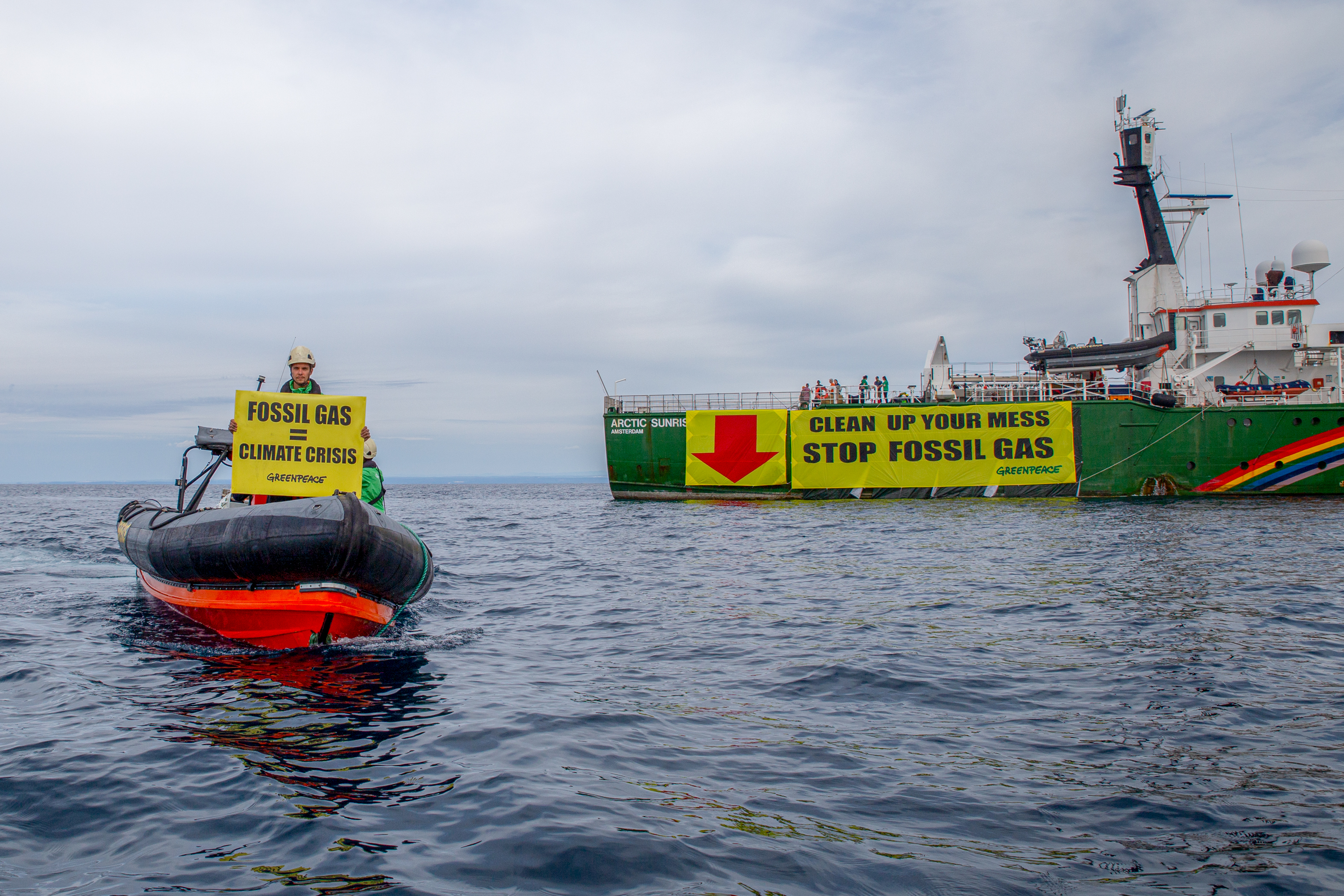 Fossil gas emits less carbon dioxide than coal and other fossil fuels, when burnt. This has led to widespread support for replacing coal and oil with gas as a bridge fuel. However, methane, the main component of fossil gas, is a far more potent greenhouse gas than carbon dioxide. Science has shown that methane, when released into the atmosphere, is 84 times as powerful as carbon dioxide at disrupting the climate over a 20-year period.[5]

“Gas is fuelling the climate crisis, just like coal and oil. European governments have to stop funding new fossil gas infrastructure with public money, start investing in the clean energy transition on a grand scale and phase out fossil gas by 2035. That’s the only way to avoid the climate catastrophe we’re right now rapidly drifting into”, says Joanna Flisowska, European gas campaigner at Greenpeace CEE. 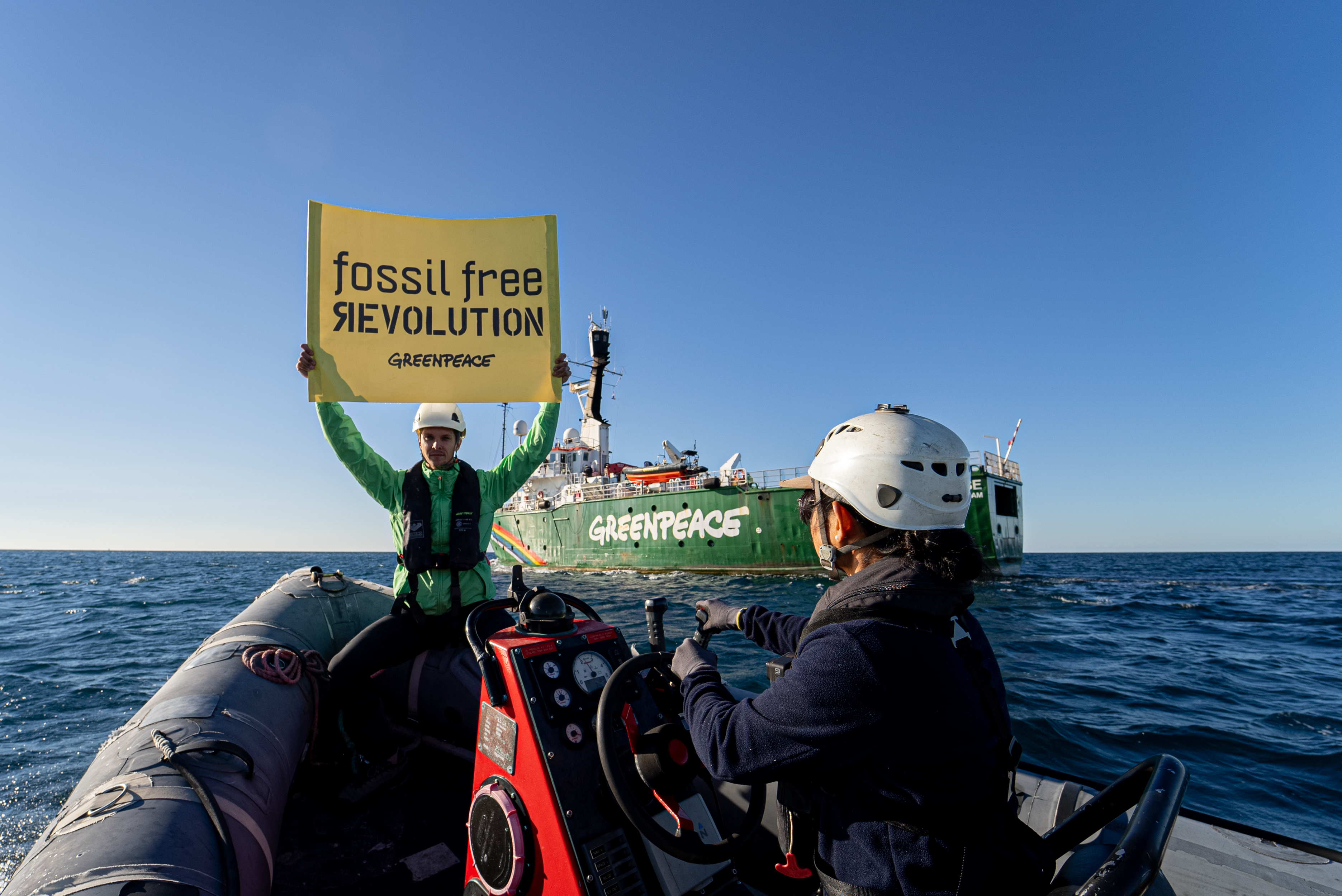 Greenpeace and 20 other NGOs have recently launched a European Citizens’ Initiative (ECI) petition, calling for a new law that bans fossil fuel advertising and sponsorship in the European Union. Banning Fossil Fuel advertising is a concrete move to hasten a rapid phase out. 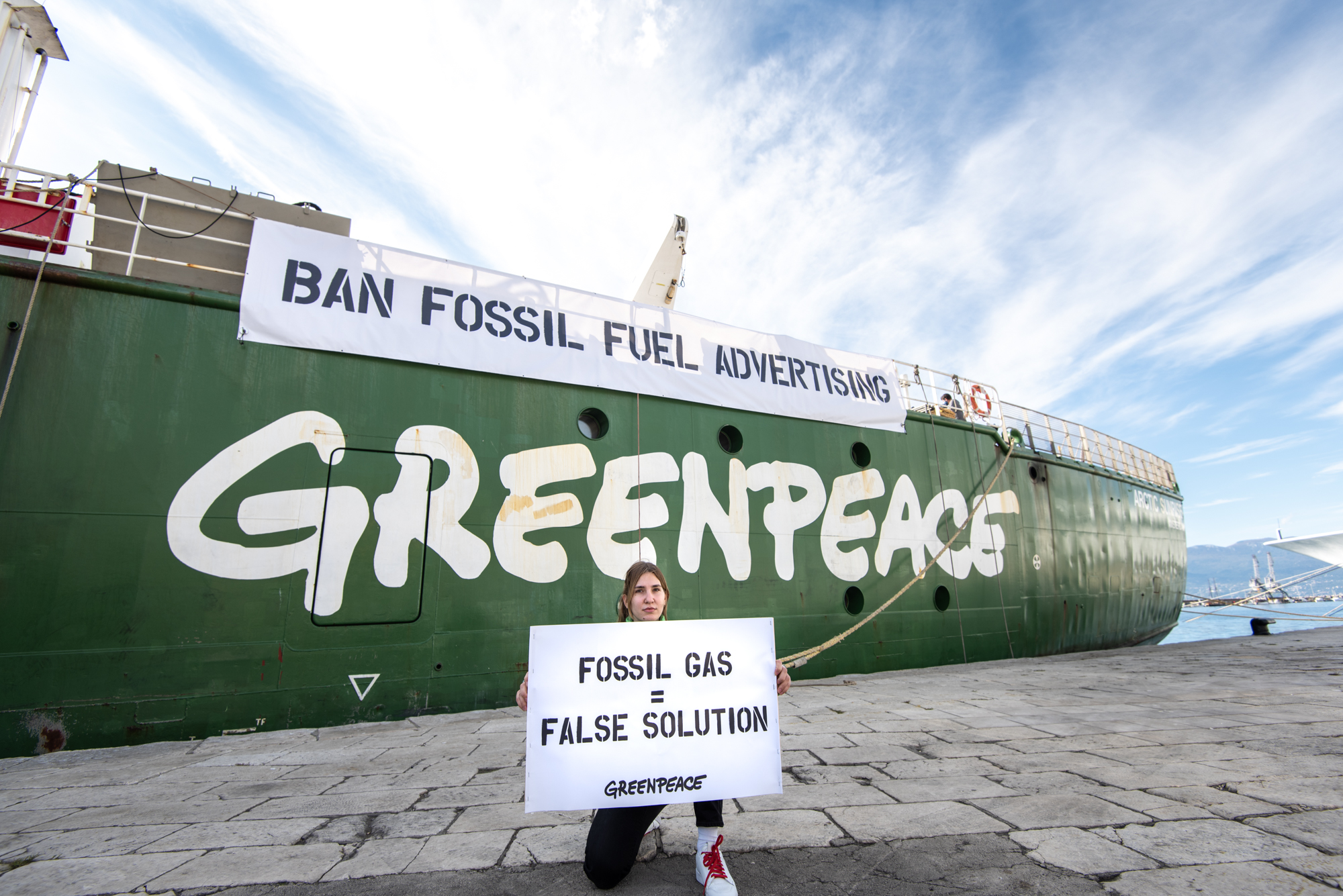 Greenpeace demands the Croatian government to urgently examine all offshore rigs for methane leakage and provide related information to the public. Subsequently the autorities have to ensure that the Adriatic Sea will no longer be exposed to hydrocarbon extraction. It is about time to recognize and utilize the potential for renewable energy use in Croatia - especially solar, since the country is one of the sunniest in Europe. 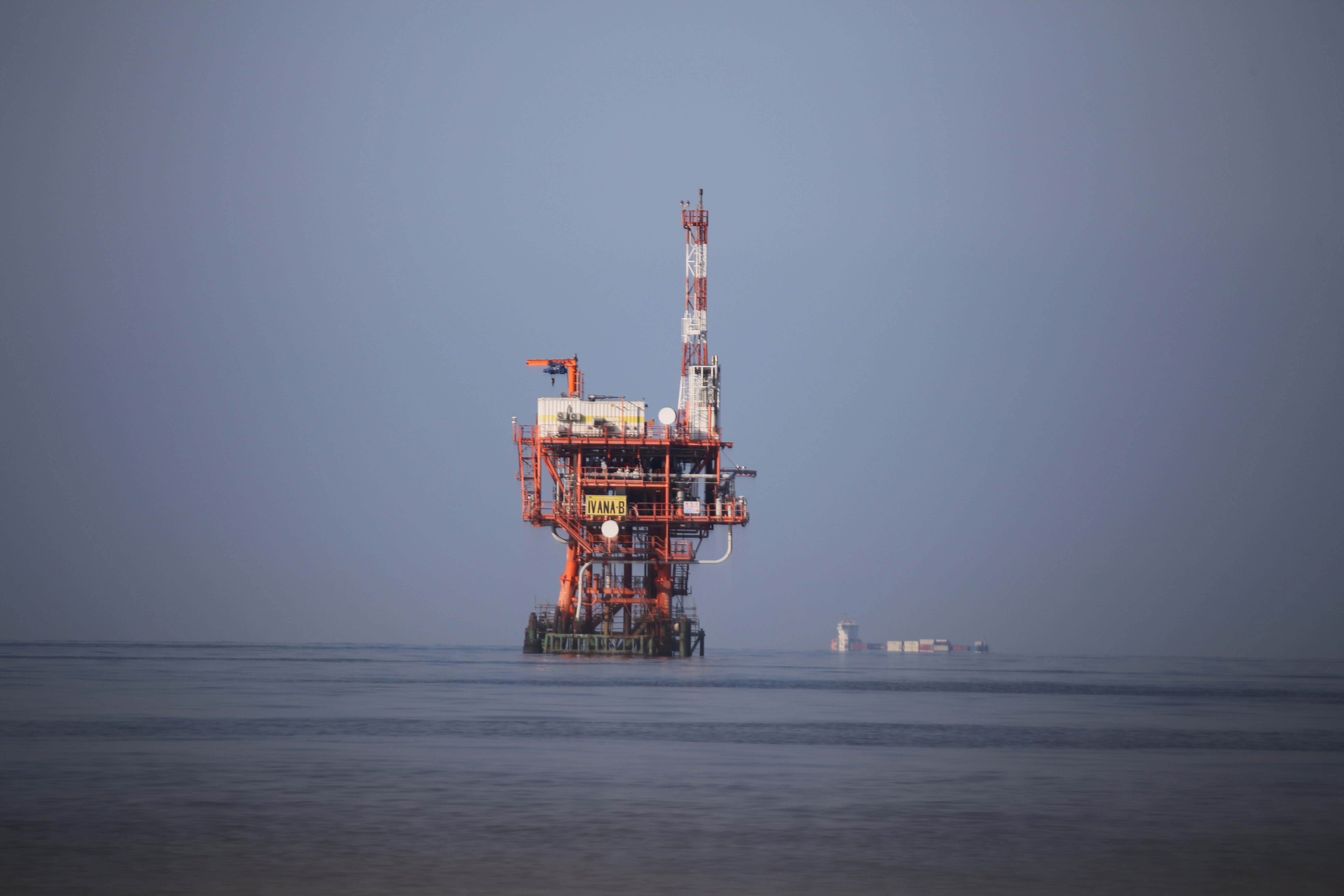 A fossil gas rig in the Adriatic Sea © Greenpeace

Adriatic Gas Ship Expedition: Greenpeace CEE is currently underway on the Arctic Sunrise along the Croatian Adriatic coast, undertaking activities and media events to highlight threats of fossil gas drilling and processing, and to promote the European Citizens’ Initiative (ECI) petition, calling for a new law that bans fossil fuel advertising and sponsorship in the European Union.

[2] Croatian gas platform in the Adriatic lost at sea for five days: