Sofia, Bulgaria, March 4 2021 - A new report issued by Greenpeace Bulgaria reveals the alarming impacts on water and air around the Bobov dol coal-fired power plant (CFPP), the biggest coal power plant in Western Bulgaria. There is evidence suggesting a major discharge of coal ash from the plant into the local Razmetanitza River and also that wastewaters containing high concentrations of a range of metals and metalloids, associated with coal fly ashes, are routinely released into the local environment. Air quality measurements also reveal concerning evidence of health-endangering pollution.

One of the authors, Dr. Kevin Brigden, from the Greenpeace International Science Unit said: “Coal is a source of water pollution all along its lifecycle. It is highly irresponsible to tolerate damaging levels of pollution, and even more so with significant water scarcity projected in the near future due to the effects of climate change. Until measures are put in place to prevent releases of contaminated waste waters and solid wastes from the Bobov Dol CFPP and its ash storage sites, there will remain severe ongoing impacts on the quality of local surface water environments.” [2]

Samples of Razmetanitza river water and associated sediment were collected in the vicinity of the plant’s site for short-term ash storage, “black lake”, and the long-term ash disposal site Kamenik. [3] Samples were analysed at the Greenpeace International Laboratory based at the University of Exeter in the United Kingdom. Damaging levels of pollution eventually reach the Struma river which flows into the Aegean sea. In addition, a three-month air pollutant monitoring survey in the surrounding residential area revealed a number of times when both EU and WHO standards for air pollutants, like particulate matter PM10 and sulphur dioxide SO2 were exceeded. The survey also measured elevated background concentrations of nitrogen dioxide NO2 in the region around the Bobov dol CFPP.

Greenpeace Bulgaria warns that, despite signs of pollution, the regulatory institutions did not conduct a check on the spot, and that the Kamenik site received an operational permit without a prior environmental impact assessment. The water used in Kamenik in 2019 only, could supply the nearby village of Golemo selo for 60 years, assuming 100 litres per person per day. 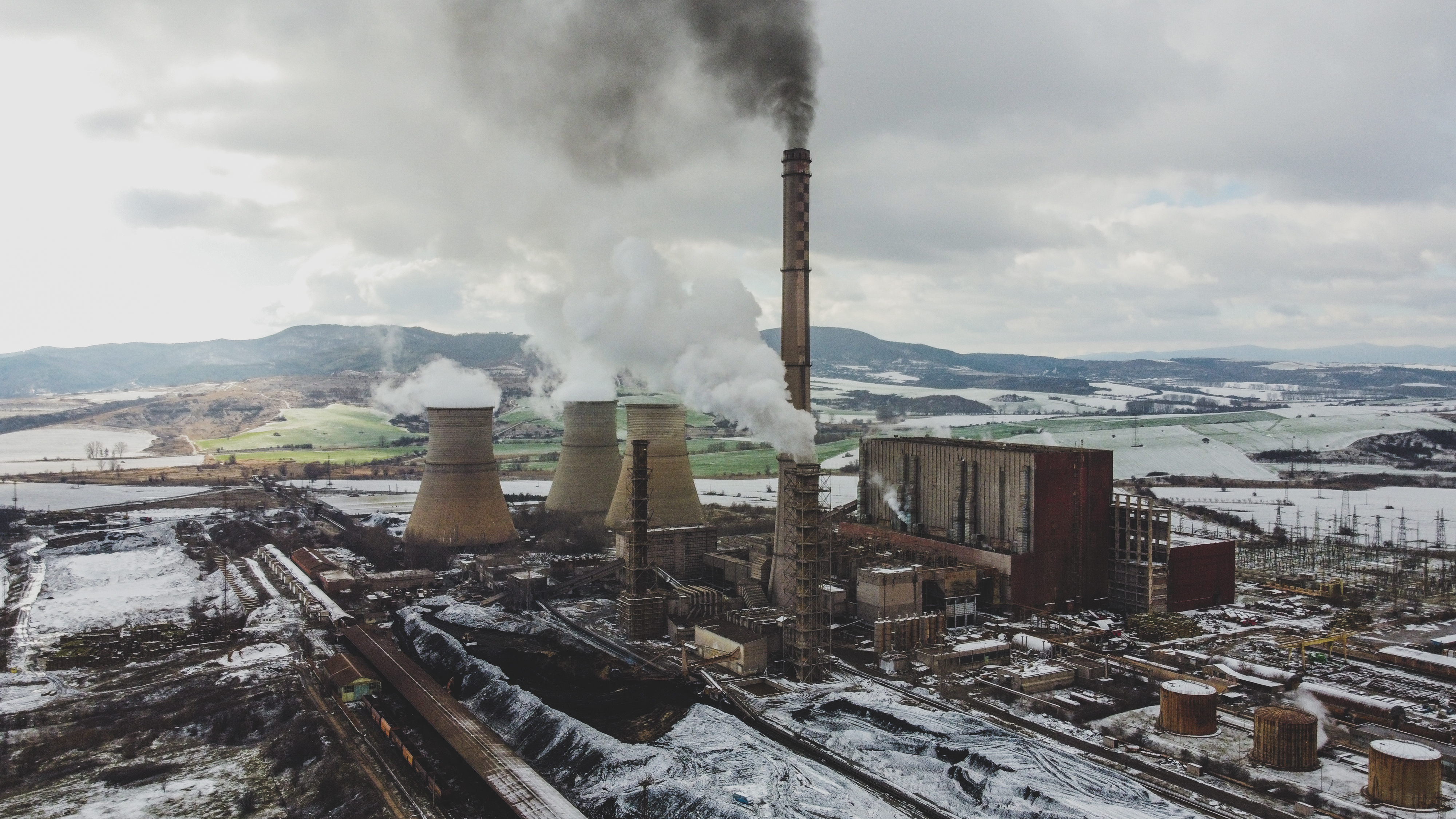 Bobov dol CFPP with the railway for the wagons delivering coal to the power plant. Ⓒ Greenpeace Bulgaria

“A polluter of this magnitude should be providing regular monitoring of water and air pollution, conducted by an independent body to ensure a timely, transparent and public evaluation of the data. Ultimately, there is a pressing need to address the root causes of the problem and prevent pollution at its source,” said Dr. Aidan Farrow, Greenpeace Science Unit:

Desislava Mikova, Climate & Energy Campaigner from Greenpeace Bulgaria concluded: “Bulgaria has been reluctant to acknowledge the necessity of an energy transition for years. It remains one of the few coal-addicted EU-member states still failing to declare a phase-out date and plan a just transition accordingly. Every day of delay makes the legacy of the coal industry bigger and dirtier. With water becoming an ever more scarce resource, we cannot afford to pollute it with ancient technologies for energy production, which also fuel the climate crisis, and cause health issues and premature deaths from air pollution.”

2. Context: The Bobov dol coal-fired power plant is the largest coal power plant in South-West Bulgaria. It is located in the village of Golemo selo, home to 400 people. Built in 1975, Bobov dol CFPP is one of the oldest facilities in the country’s ageing and polluting coal fleet. Since privatization in 2008 its ownership through offshore companies could be related to the energy tycoon Hristo Kovachki.

3. Sampling was conducted by the Greenpeace CEE team of people trained to safely and professionally handle Hazardous Materials.