Geenpeace activists demand immediate embargo on Russian fossil fuels in EU and Romania, in front of Lukoil refinery in Romania 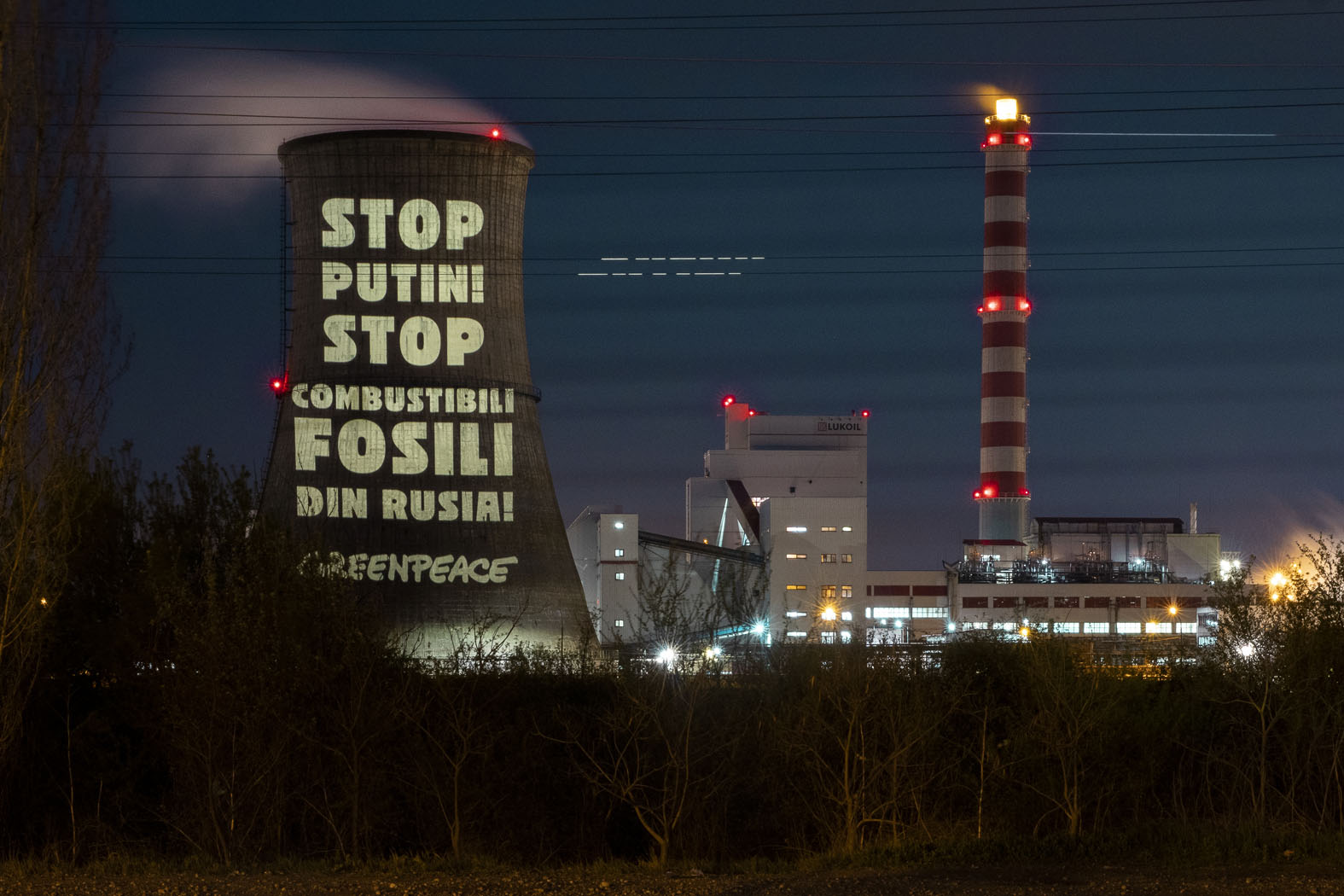 Greenpeace is calling on the EU and the Romanian Government to stop all imports of oil, gas and coal from Russia. On the 57th day of Putin's war, it is yet only the Baltic states from Europe that have issued a gas embargo on Russian gas, and still no embargo on Russian oil has been agreed in the EU. EU member states, including Romania, have been continuously financing Putin’s war in Ukraine with billions of euros paid for their energy imports from Russia. Lukoil is operating in tens of countries all over the world and it is Russia's second largest oil company, preceded only by Rosneft oil giant. Despite the fact that it suffered losses after the first five packages of sanctions imposed by the European Commission, a total embargo on Russian fossil fuels is needed in order to stop the war and instill peace.

“Europe is financing Putin's war in Ukraine through imports of fossil fuels. If we truly want to help those fleeing the war and stop the massacre that has engulfed Ukrainian towns, we must immediately cut all ties with Russian oil, gas and coal, accelerate energy efficiency and fast-track the transition to renewables. Greenpeace demands Romanian decision-makers, and all world leaders and financial institutions to cut all ties with Russian fossil fuel companies. This is the way to save innocent lives now and in the future, promoting peace and climate justice at the same time”, said Vlad Cătună, Climate and Energy expert for Greenpeace Romania.

Russia is the largest fossil fuel supplier in the European Union. In 2021 alone, EU member states paid up to 285 billion dollars for Russian oil. In the past few weeks, Greenpeace has protested against Russian fossil fuel imports through a series of European actions, as well as petitions.

Greenpeace Romania calls on the President of the European Commission, Ursula von der Leyen, to immediately impose a total embargo on Russian fossil fuels in Europe, and on Prime Minister Nicolae Ciucă, to end all imports of Russian fossil fuels in Romania. Over 1000 citizens took to signing the petition in the very few first hours since the launch. 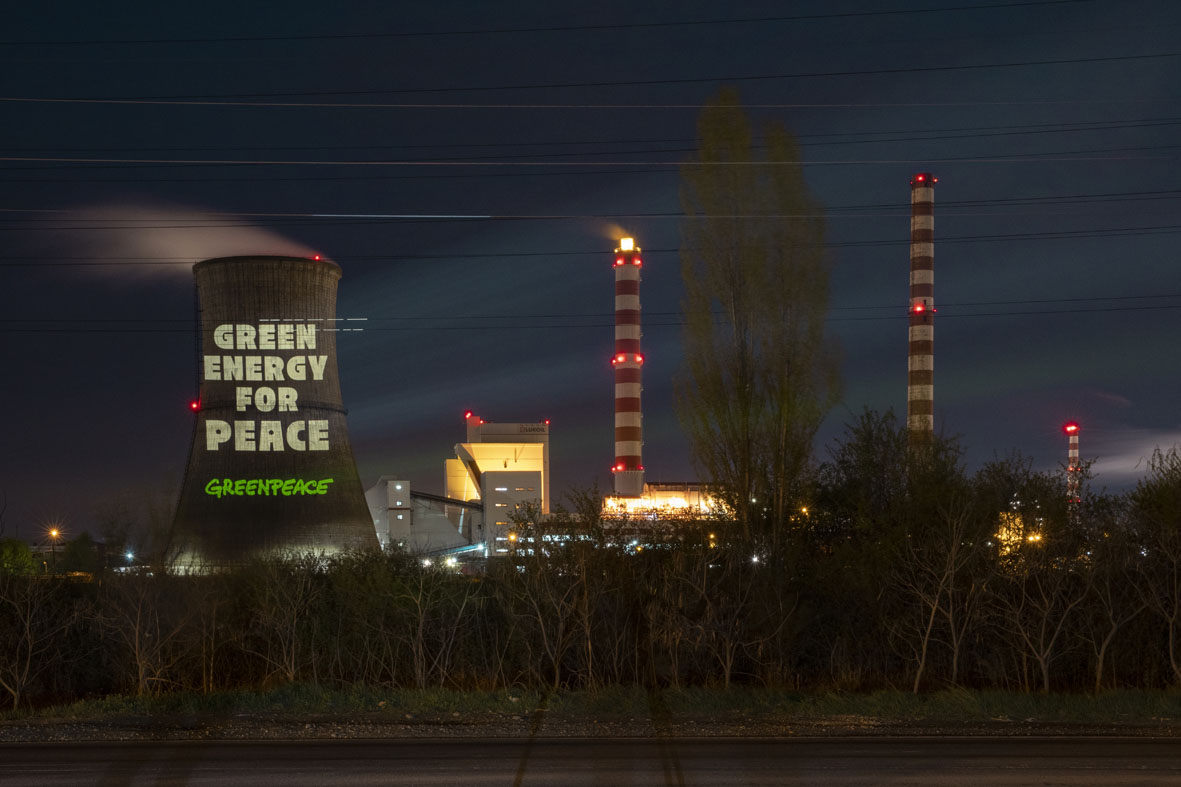 40% of Russia`s federal budget comes from oil and gas, representing 60% of the country's share of exports. In October, Russia was cashing in over 500 million dollars each day, money that was directed in financing Putin's war machine.

No system that is based on fossil fuels can grant us security. It is time to end our dependence on fossil fuels in general. While oil and gas prices are considerably increasing, solar energy is now the cheapest form of energy in most countries of the world, while wind energy prices are registering record price drops. It is essential that Romania accelerates the transition towards renewable energy sources, supports urgent measures to increase energy efficiency, both of buildings and within the industry, actively supports energy democracy, invests in the development of energy infrastructure and public transport systems, as well as adopts short term measures for vulnerable consumers. 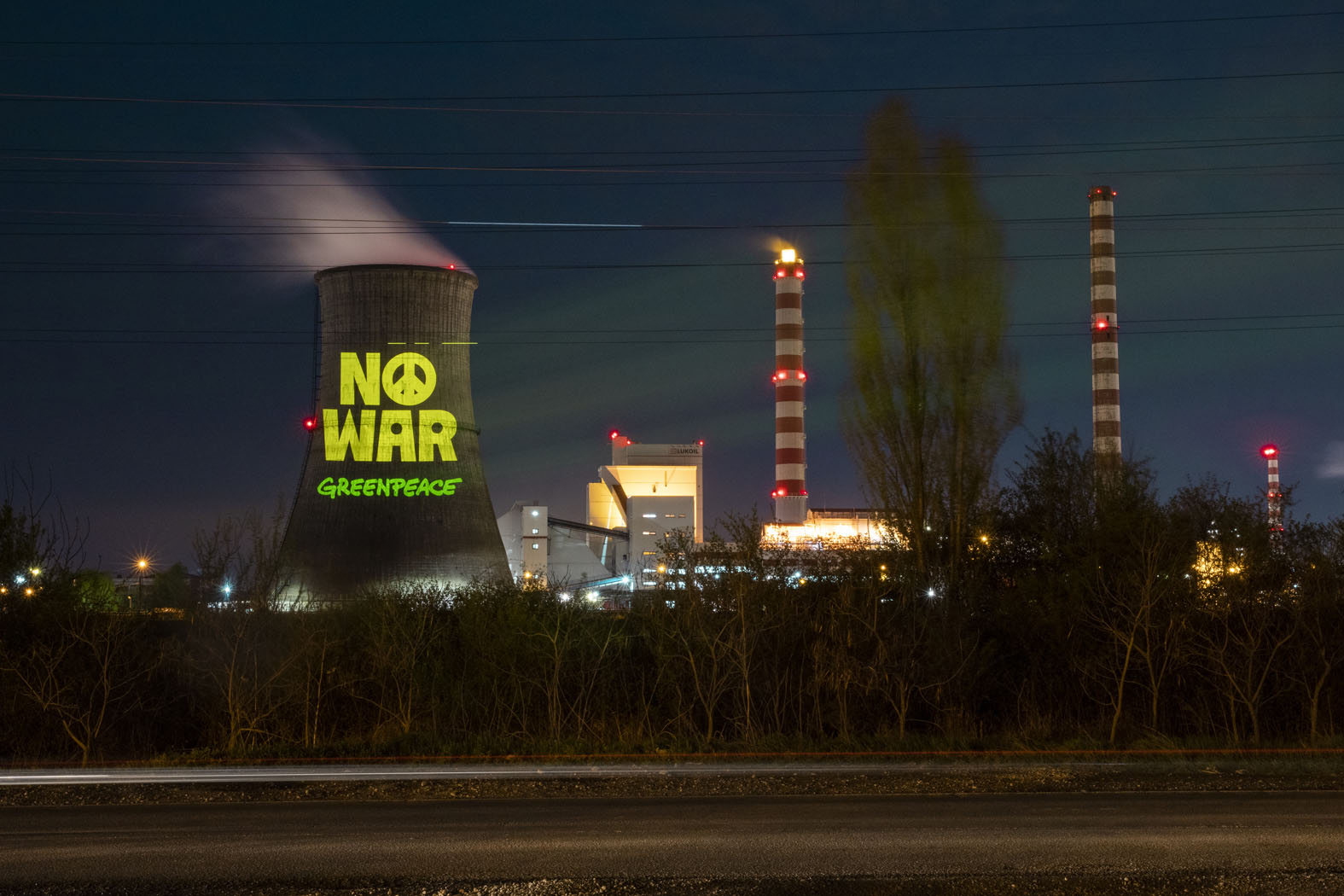