Europe fails to protect nature in its own backyards ahead of a global biodiversity meeting, Greenpeace study reveals.

Brussels, 16 November 2022 – Europe destroys its own precious nature and biodiversity especially by intensive animal farming and excessive forest cutting, usually for short-lived wood products like cardboard and wood burning. This is revealed by a new Greenpeace report published on today’s biodiversity theme day of the COP27 which showcases hotspots of nature loss across the continent. Although European ministers declared to be committed to lead by example at the global Biodiversity COP15 meeting in early December, they are dramatically failing to put an end to nature destruction at home, the report argues. 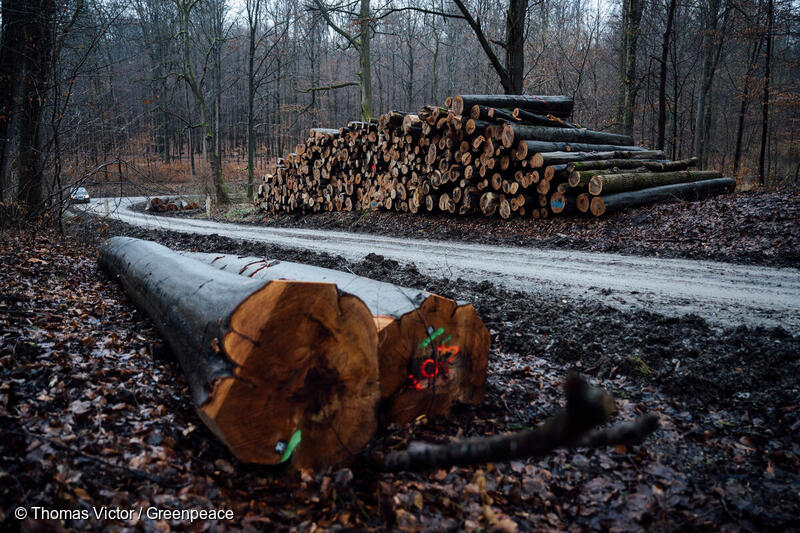 [Sini Eräjää, European food, forest and nature campaign area lead], said: “Europe must put its own house in order if it wants to show true global leadership in nature and climate protection. The reality on the ground is shockingly far from the commitments on paper as we keep on logging precious European forests that protect us from extreme weather events, even in protected Natura 2000 areas, or polluting nature by overproducing meat and dairy. After failing on all our 2020 commitments, European governments must shift gears and speed up their efforts to end biodiversity and nature loss.”

The upcoming UN Biodiversity conference on 7-19 December in Montreal, which is expected to deliver a new international framework for biodiversity protection for this decade, is a unique chance to take global nature protection to a new level. Greenpeace calls on European governments to support a global deal that includes strict and binding targets to protect at least 30% of land and oceans by 2030 at the latest, while recognising the rights of Indigenous Peoples and local communities and to secure adequate finance not only to fund conservation measures but also by divesting subsidies from destructive industries.

“Nature is our life support system, with the power to mitigate and adapt to the impacts of a heating planet. EU heads of states must finally start prioritising nature and show leadership at the upcoming Biodiversity COP15 in Montreal. Europe and the world needs a New Deal for Nature”, concludes [Eräjää].

Pictures of European nature destruction can be downloaded here

[1] Failing nature - How life and biodiversity are destroyed in Europe, 2022