”Climate crisis? F*ck it!” – Greenpeace activists protest in the Turow coal mine

”Climate crisis? F*ck it!” – Greenpeace activists protest in the Turow coal mine

Today in Poland Greenpeace activists entered the Turów lignite open cast mine to expose PGE, the largest Polish energy utility, for their lack of a coal phase out plan. On the mining excavator they hung a huge banner with the logos of PGE and the Ministry of State Assets with the slogan “Climate crisis? F*ck it!”. [1] This way, Greenpeace Poland wants to draw attention to how PGE and the Ministry of State Assets, which oversees PGE, have persistently ignored the need for climate action and energy transition. Greenpeace is calling on PGE and the Polish government to take urgent and decisive steps towards the clean energy transition and phasing out of coal by 2030 the latest. 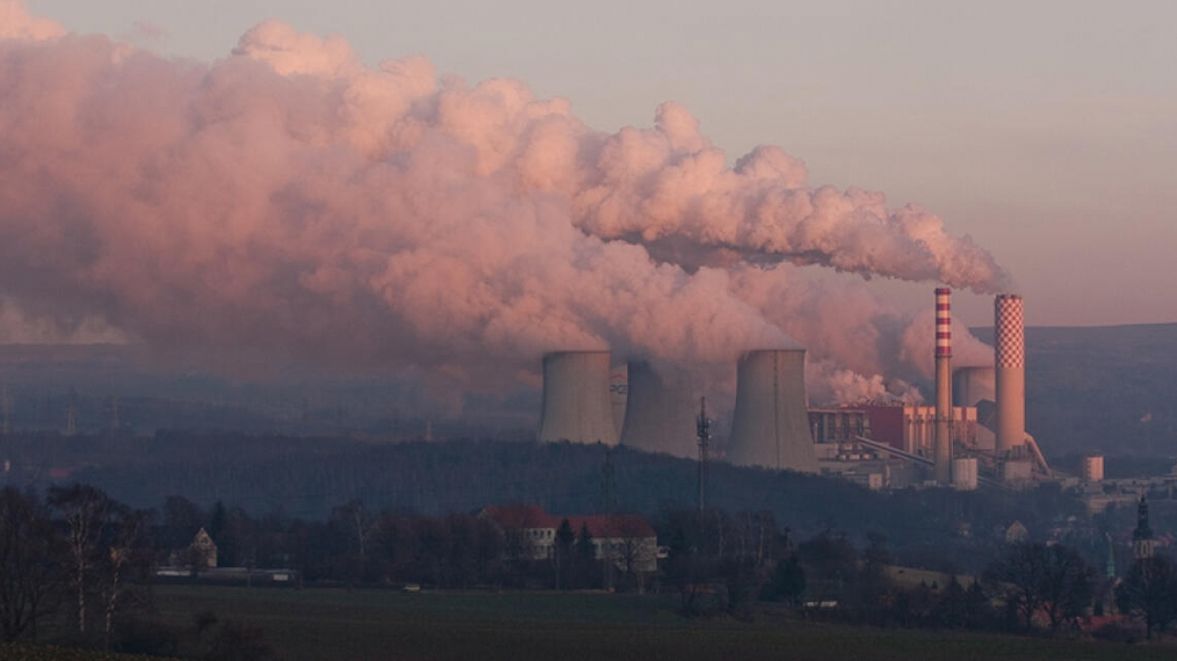 “Enough is enough. PGE is big on the energy transition talk but fails to back it with action. We are in the climate crisis, yet instead of phasing out coal PGE still pursues new coal investments and plans to continue burning coal well beyond 2040. This is outrageous. PGE is the biggest climate offender in Poland but is dodging any responsibility for the transition and in fact is blocking local communities from moving beyond coal,” says Joanna Flisowska, Head of Climate & Energy Unit at Greenpeace Poland 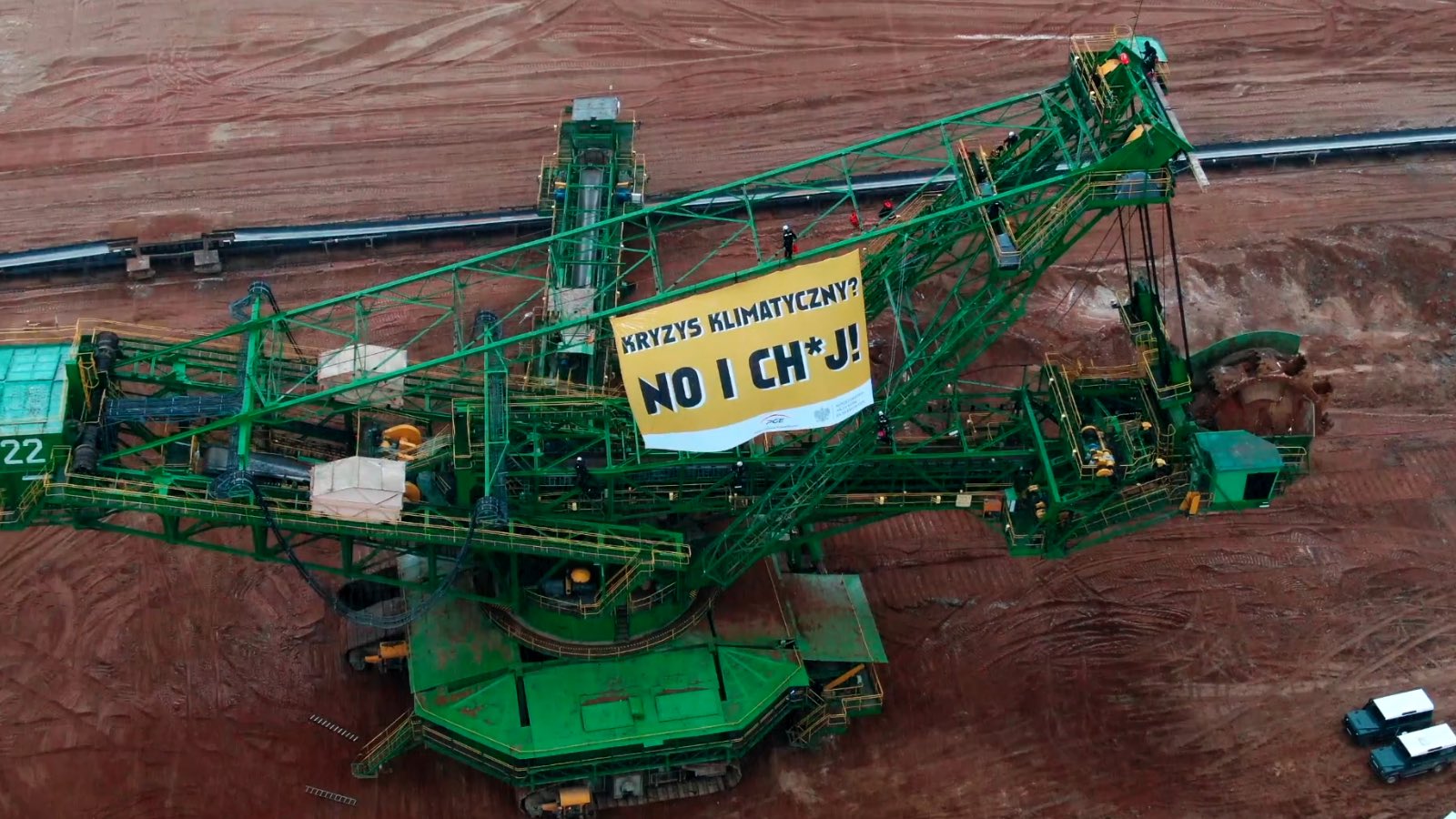 Greenpeace protest in the Turow lignite open pit mine

PGE is the largest CO2 emitter in Poland and the third largest utility emitter in the EU. In 2020, the company presented its strategy for the coming decades. However PGE failed to present a coal phase out timeline. Instead of planning a coal phase out, the Company assumes in its strategy that all coal assets would be taken over by a new entity, under the responsibility of the Ministry of State Assets. Consequently the company would throw off any responsibility for the transitioning away from coal on to the state and taxpayers. 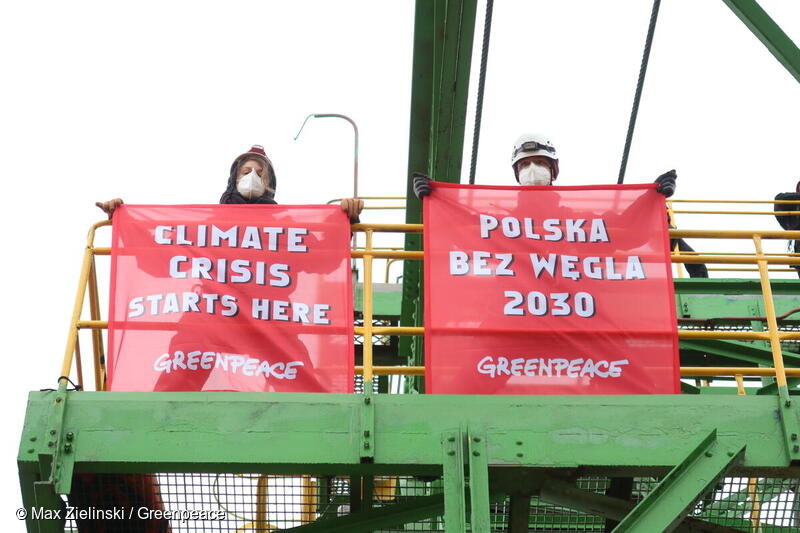 Greenpeace protest in the Turow lignite open pit mine 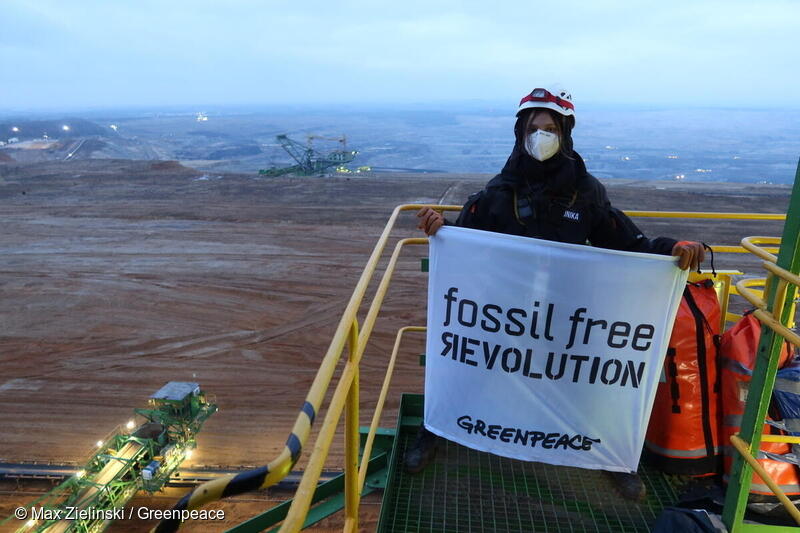 “PGE needs to stop focusing its efforts on greenwashing and instead act to transition away from coal. Local coal communities are running out of time. Without a coal phase out decision some coal regions will be deprived of the support from the Just Transition Fund. A strategy to phase out coal by 2030 is urgently needed not only in order to combat the climate crisis but also to allow the local communities to prepare and adjust to the transition that is inevitable,” adds Joanna Flisowska.

[1] Ahead of the 2018 global climate summit in Katowice (COP24), the Institute of Art and Development presented a video showcasing that the only strategy to counteract the climate crisis implemented in Poland is the strategy "F*ck it", that was presented by the Institute. On Sunday the Institute organised awards gala for the implementation of the strategy. In the category personality of the year implementing strategy “F*ck it”the winner was Minister of State Assets - Jacek Sasin. Award for company of the year went to PGE. With its action Greenpeace Poland joins the Institute efforts to expose lack of serious climate action in Poland.

[2] The Czech Republic filed a lawsuit against Poland at the Court of Justice of the European Union, claiming violation of the bloc’s law with the expansion of mining at the Turow lignite mine. https://www.reuters.com/article/czech-poland-turow-idUSL1N2KW2J1