Fertőrákos, 16th february 2022 - With a living chain and a molino suspended on two-story high racks, Greenpeace activists are demanding an end to government investment in Lake Neusiedl that is destroying the area’s wildlife. The activists were also joined by Hungarian actress Dorottya Udvaros. In recent months, Greenpeace has tried wth all available legal means to stop the severe natural devastation in the national park area. However, instead of taking care of the common treasure entrusted to it, the government is putting more and more public money into destroying it. The budget of the investment in Fertő is already over HUF 45 billion. 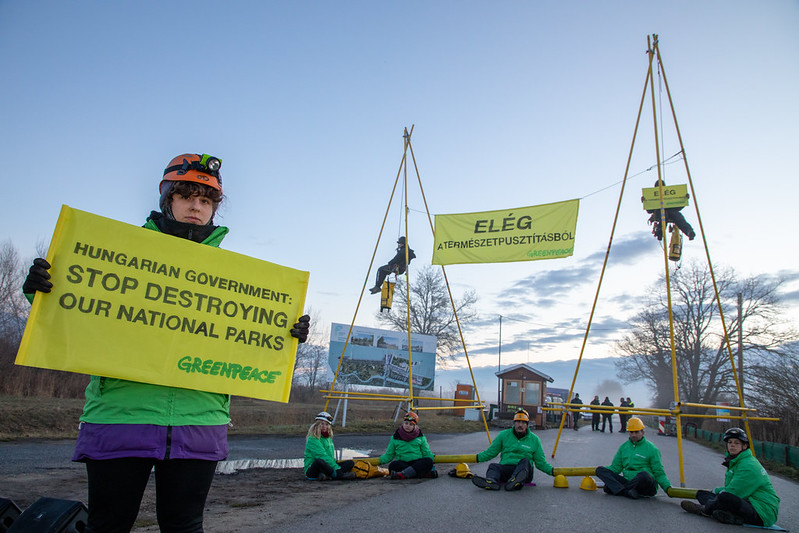 Early Wednesday morning, Greenpeace activists stood in front of the entrance to the Fertő Lake investment on the border of Fertőrákos. With their non-violent action, they want to draw attention to the fact that it is unacceptable for a national park to be considered a luxury investment based on the economic interests of a narrow group instead of conserving wildlife. Actress Dorottya Udvaros, Ambassador of Greenpeace, also joined the action.

“It amazes me all forms of Life that have developed on this Earth over millions of years. The creativity and imagination of mankind have been fulfilled in an impressive way over the past centuries. We have shown our strength, and now let us also show how humble we can be, how much respect we have for earthly life. And for ourselves too. ” said Dorottya Udvaros on the spot. 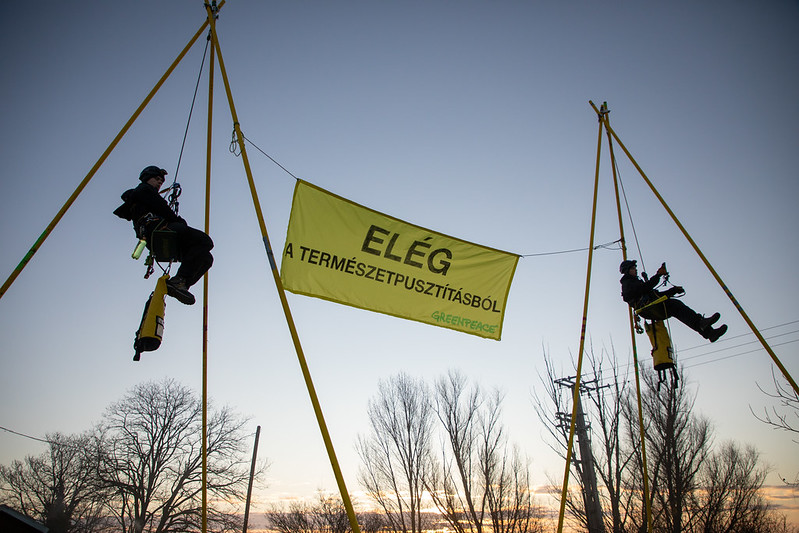 “We have walked every but every existing legal road to save Lake Neusiedl from this scandalous construction. And not only us: from the UNESCO to the European Union to the Hungarian Academy of Sciences, all real domestic and international nature conservation bodies agree with us that this investment should be stopped immediately. It is infinitely frustrating that the values of this unique national park are being destroyed in front of our eyes. That's why we came here today. To protest against this destruction with our own presence. ” - said Katalin Rodics, nature conservation specialist at Greenpeace Hungary.

It is no coincidence that the area of Lake Neusiedl received all existing domestic and international protection. This uniquely rich wild romantic aquatic world, home to tens of thousands of birds, is not only a national park and Natura 2000 site, but a so-called wildlife sanctuary created to protect water birds and wetlands. The Ramsar Convention has also added it to the list of particularly valuable wetlands, and it is as well a UNESCO World Heritage Site. 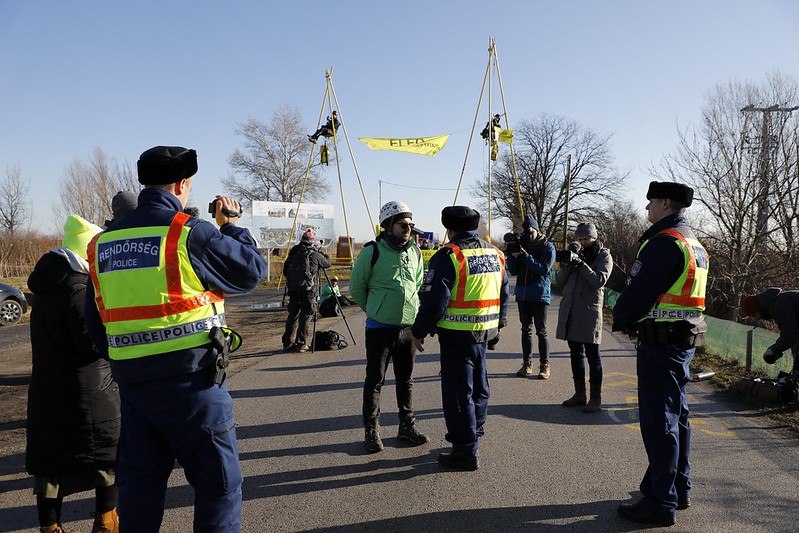 This is where a 53-hectare megalomaniacal project would be built, housing a 100-room, 4-star hotel and 26 luxury apartments right on the waterfront, 880 parking spaces, a multi-storey visitor center, an indoor sports complex with a tennis court and artificial turf, as well as a marina able to accommodate 850 sailing and 450 rowing boats. The investment would thus take away about 53 hectares of reeds, shores and riverbeds from Lake Neusiedl, largely with construction that would be feasible outside the protected area a few kilometers away from the shore, with of course the exception of the unnecessarily expanded ports, on a smaller scale, in harmony with nature.

The Friends of Lake Neusiedl Association and other local civilians have been protesting against the investment for a year and a half. Greenpeace Hungary recently challenged the public procurement tender for Fertő at the Public Procurement Arbitration Committee because it does not even comply with the environmental and nature protection permits that were issued in a questionable manner due to the short deadlines for priority investments. However, the Arbitration Committee rejected the request, arguing that they did not have the authority to examine it. 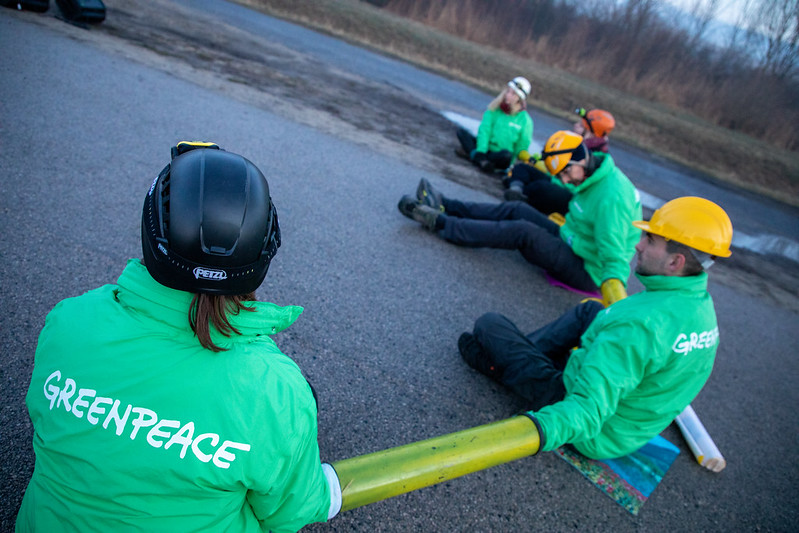 Greenpeace recently launched a new website about Fertő and how the planned investment threatens the area’s special natural values. On a timeline, it is also possible to trace what the protesting civilians have done so far and what concerns have been expressed about the investment by international organizations, including the European Union and UNESCO bodies. Everyone who wants to protect Lake Neusiedl and the remaining natural areas of Hungary can join at greenpeace.hu/ferto. 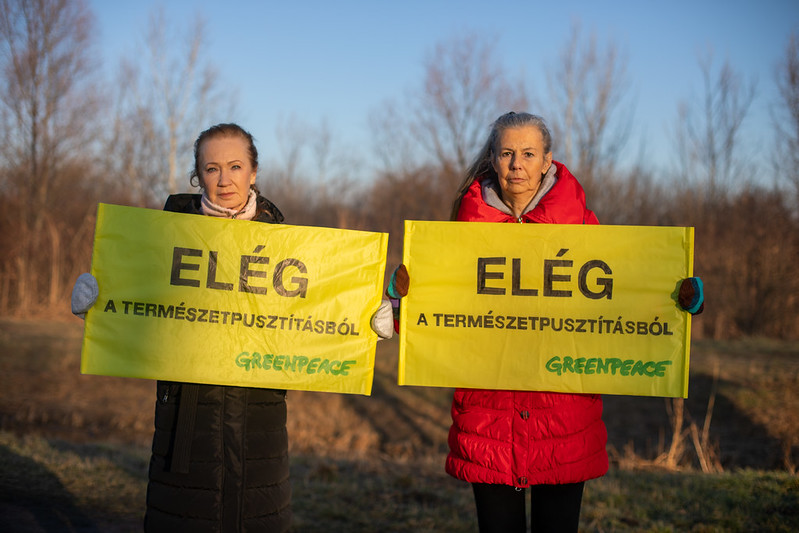