Make Amazon Pay - for harming people and the planet

Make Amazon Pay - for harming people and the planet

Representatives of Greenpeace protested today at the Amazon distribution centre in Wrocław together with other members of the Make Amazon Pay initiative. They demanded that the corporation stop hurting people and the planet. 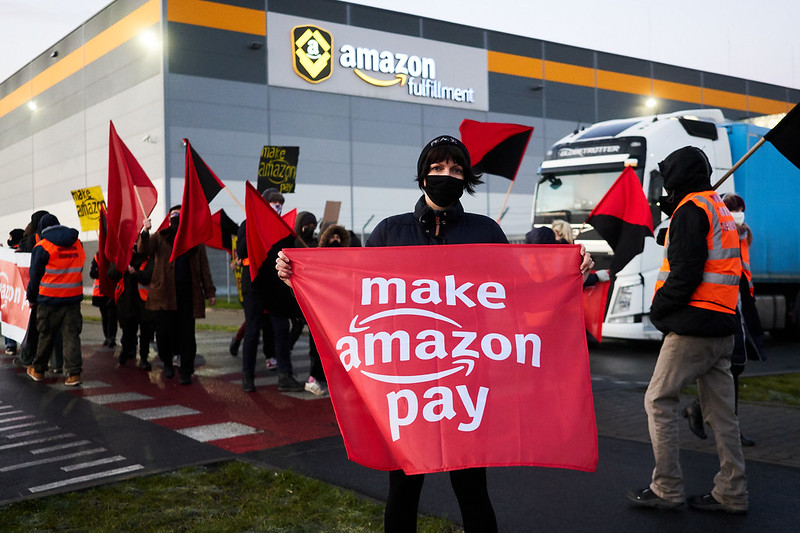 - We want Amazon and its CEO, Jeff Bezos, the richest man in the world, to finally start treating the Amazon’s employees fairly and to significantly reduce the corporation’s absurdly large, negative impact on the climate. It is time to end the evil that is driven by the unbridled consumption and Amazon's actions! Make Amazon pay! - said Krzysztof Cibor of Greenpeace during the protest.

Amazon has been repeatedly caught violating workers' rights. Yet, another huge problem with the corporation is its devastating impact on the environment and climate. In 2019, Amazon contributed to more than 50 million tonnes of CO2 emissions, i.e. 15% more than in the previous year, making the company a greater climate destroyer than the two thirds of the countries in the world. The monstrous growth of the corporate empire, thanks to the rise of online shopping and related emissions, is driving the climate crisis.

- The Amazon's business strategy is to shift their responsibilities onto the employees, society and the planet. While Jeff Bezos is getting richer and richer at a rate of USD 13 million per hour, his employees are not being adequately paid, environmental costs are being externalised on to the society, and the taxes paid by the company, for example in the United States, are ridiculously low, - says Krzysztof Cibor. 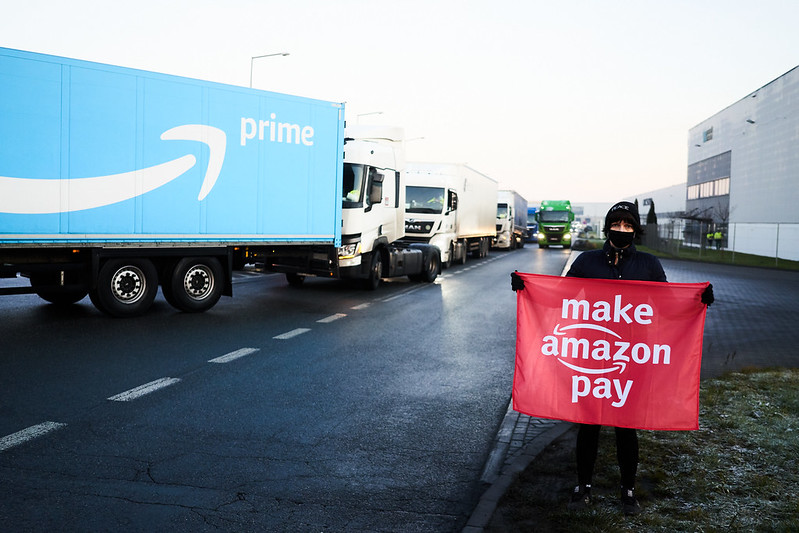 Amazon is not alone in these bad practices. However, it serves as a distinct symbol of our broken socio-economic system which fuels inequality, climate crisis and breakdown of democracy. - The pandemic has revealed with additional force how Amazon puts profits before the workers, society and our planet. Amazon takes too much from us and gives back far too little. It is time to make Amazon pay, - adds Krzysztof Cibor.

The Make Amazon Pay Coalition is made up of workers, climate activists and dozens of labour and environmental organisations from the countries where Amazon operates and from around the world. 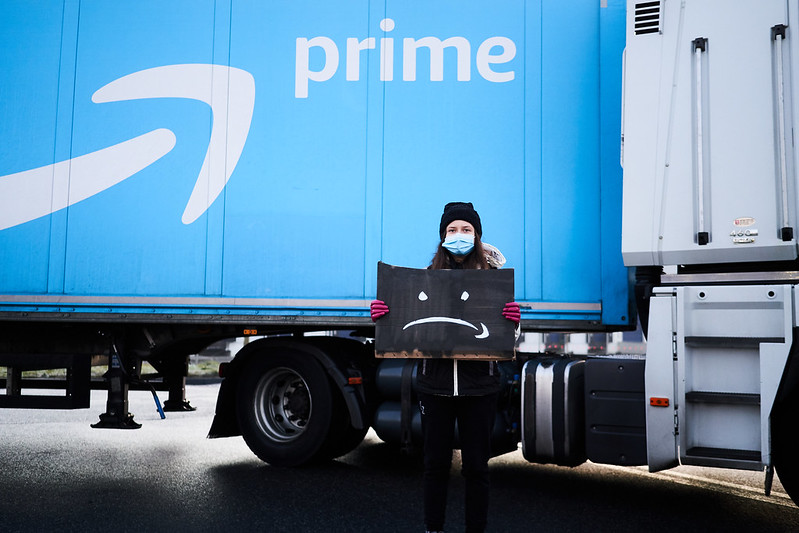