The Oltenia Energy Complex calls for more than € 1 billion to restructure and decarbonize, but significantly increases CO2 emissions over the next 10 years

An analysis made by Greenpeace Romania found that the restructuring and decarbonization plan of the Oltenia Energy Complex (OEC), worth a total of over 1.3 billion euros, leads to an increase in the company's total CO2 emissions by 28% in 2030 and contradicts principles of European funding. Greenpeace will ask the European Commission to open an investigation and notified the responsible authorities in Romania. 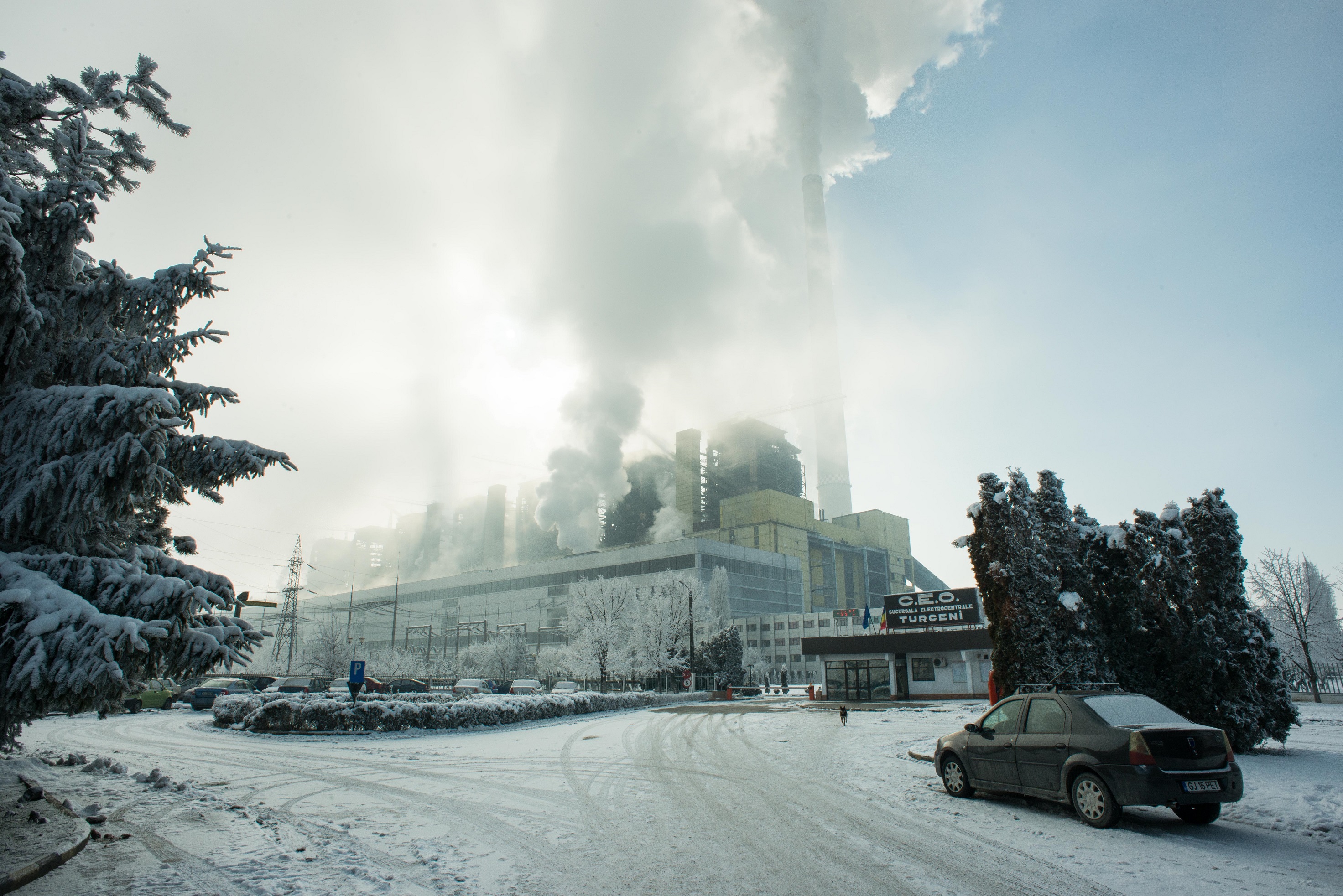 The restructuring and decarbonization plan drawn up by the Oltenia Energy Complex is the result of the foreseeable non-return of the rescue aid amounting to 252 million euros, received by the company from the Romanian government at the beginning of last year, by emergency ordinance 12/2020. The purpose of the OEC's restructuring plan is to demonstrate the restoration of the company's long-term viability. Its implementation - in the case of state aid - must be approved by the European Commission. The government adopted a memorandum in November 2020, pledging to support, through the state budget, the state aid scheme for the restructuring of the company, worth 1.326 billion euros. The OEC is waiting for the European Commission to validate the plan.

The surprise comes from the plan: the OEC does not decarbonize!

The OEC aims to use coal even in 2030, without setting a deadline for eliminating this fuel from energy production. Some of the current less used capacity will be replaced mainly by new gas-fired power plants, which contribute to the balance of harmful emissions, and some photovoltaic parks, which will have a negligible importance (below 6%) in the energy mix that the OEC plans to sell it in the next decade.

"We are witnessing a paradox: the CEO is asking for billions of euros for a decarbonization plan that will increase the production of greenhouse gas emissions. Every year, coal-fired power plants suffer losses, being a burden on the state budget. Every citizen of Romania must know that he pays - without being asked - to continue to be polluted by this industry, although Romania's potential for renewable energy is huge. The health and environmental problems posed by this silent killer far outweigh the benefits. ” says Vlad Cătună, campaign coordinator at Greenpeace Romania.

The plan also contains other critical points, which make it incompatible with the requirements of the European Union. For example, reducing greenhouse gas emissions by aggregating renewable energy production with lignite-based gas is not compatible with the EU ETS Directive and the objectives of the Modernization Fund, which the OEC hopes to access. The only chance to receive funding is the withdrawal of all lignite-based capacities, which Greenpeace has been asking for for years.

Also, the current plan of the OEC supports the hypothesis of the need for constant aid from the Romanian government for the purchase of carbon certificates even after the restructuring period (2025). Practically, in the conditions of a predictable increase of the European carbon taxation, Romania will pay from the pockets of the citizens an estimated 3.68 billion euros to keep alive a dying OEC in the 2021-2030 period.

Why did this situation come about and how can we get out of it?

The OEC plan is a product of Romania's hesitations to clearly point out a timetable and a strategy for removing coal from the energy mix and replacing it with new renewable energy capacities. In fact, Romania is one of the few countries that still uses coal.

The National Integrated Plan in the field of Energy and Climate Change (PNIESC) developed by Romania is devoid of ambition and has been criticized in the recommendations of the European Commission. Romania's intention to use coal beyond the horizon of 2030 contradicts the European decarbonisation targets set by the European Green Pact, has no economic benefits in the context of accelerated carbon price increases and has a proven negative impact on air quality (with high effects and costs on public health).

There are substantial European funds for the transition to renewable energy production. Romania, through the plan proposed by the OEC and the lack of ambitious public decarbonization policies, can miss this unique chance to achieve a fair energy transition for coal-dependent and polluted communities, especially mining areas in Gorj and Hunedoara. The resources allocated from the Fund for a Just Transition, for economic diversification and for the retraining and active inclusion of workers, will be accessible as long as counties such as Gorj aim to significantly reduce greenhouse gas emissions.

"We call on the Ministry of Energy, the Ministry of Environment, Water and Forests, the Government of Romania, the Ministry of Investment and European Funds and the Competition Council to lucidly analyze this information, stop supporting coal-based energy production and communicate a clear and realistic plan for coal phase out from the national energy mix. We have no time to waste. We want Romania to become a leader in combating climate change, in a greener Europe, with low carbon and clean air for its inhabitants. " said Vlad Cătună, Greenpeace Romania campaigner.

Greenpeace has sent this analysis to the relevant institutions in Romania and will ask the European Commission to open an investigation, signaling the incompatibility of the plan proposed by the Oltenia Energy Complex with the European decarbonization direction and Romania's declared ambitions to prioritize combating climate change.

*The Greenpeace analysis was carried out with the support of an external technical consultant, based on the restructuring and decarbonization plan made public by the Oltenia Energy Complex.