Peace not gas: Greenpeace sends message to Biden and Morawiecki

"Peace not gas": Greenpeace sends message to Biden and Morawiecki

Warsaw, March 25th, 2022- On Friday evening, during the visit of the President of the United States, Joe Biden to Warsaw, Greenpeace activists displayed messages addressed to the leaders of the United States and Poland on the Palace of Culture and Science. The slogans "peace not gas", "peace not oil" and "peace not coal" were projected on the facade of the most iconic building of Poland’s capital. Activists are calling on political leaders to join forces to end dependence on fossil fuels and to secure lasting peace by accelerating the clean energy transition in the US and Europe. 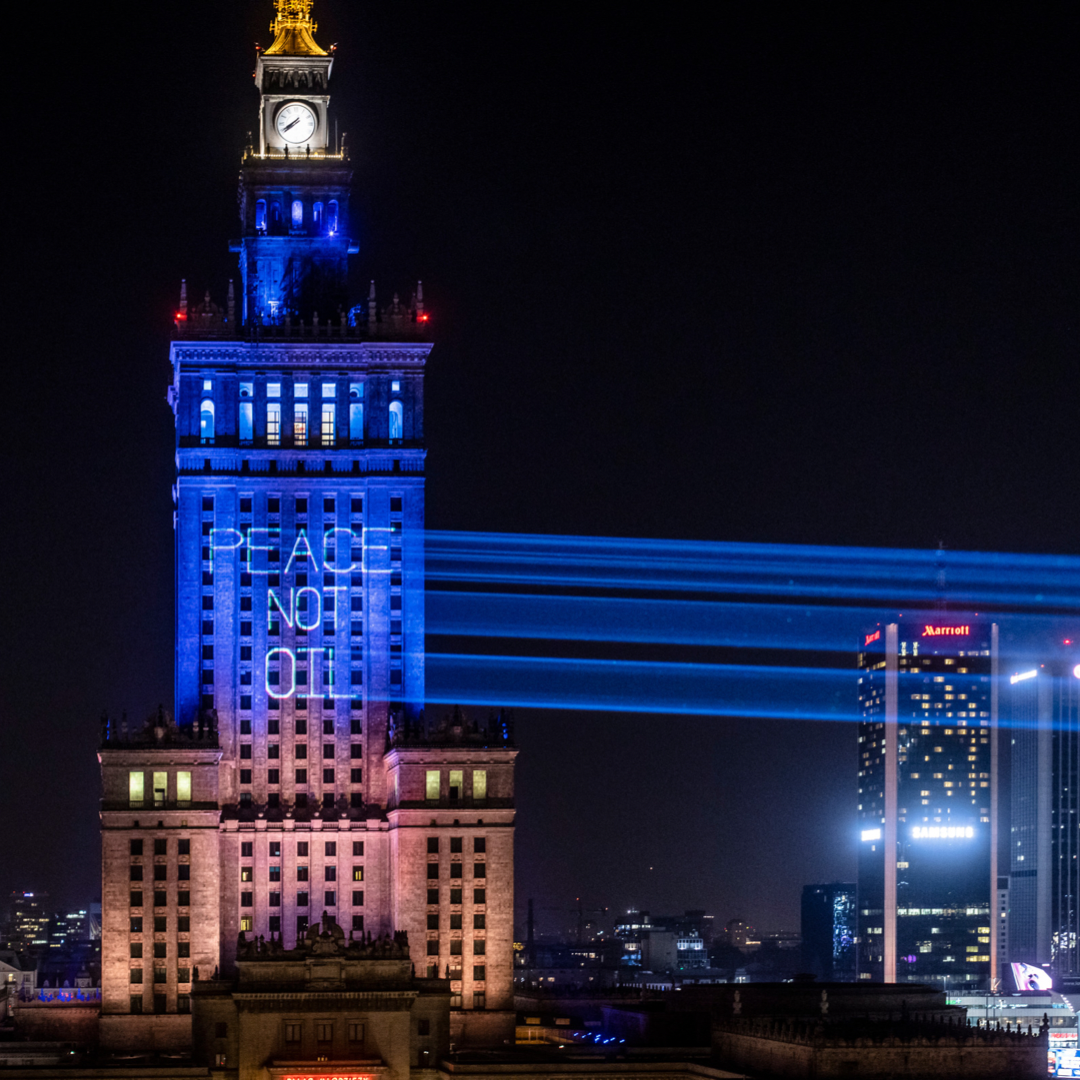 “As people in Ukraine are dying and their cities are being destroyed, European countries continue to send 700 million euros to the Kremlin each day in the form of payments for Russian oil, gas and coal. We must turn off this money tap for Putin’s bombs immediately! Fossil fuels continue to fuel the climate crisis and wars around the globe. The answer to our addiction to fossil fuels is not to find another dealer, but to accelerate the clean energy transition. The leaders of the EU and the United States must act hand in hand to roll out unprecedented levels of renewables and energy efficiency measures, and move away from fossil fuels altogether” said Joanna Flisowska, head of the Climate and Energy unit at Greenpeace Poland.

“Poland should cooperate with other European Union countries and the United States to accelerate the clean energy transformation and follow in the United States' footsteps by introducing an embargo on Russian oil, gas and coal. This should be followed by massive investments in renewable energy sources, intensive development of public transport, and energy efficiency. By investing in renewable solutions like wind, solar and heat pumps we can deny autocratic regimes the money they need to wage war and combat climate crisis at the same time" said Piotr Wójcik, energy market analyst at Greenpeace Poland.

Early Friday morning Greenpeace activists from Poland painted a slogan “PEACE NOT OIL” on the side of the Andromeda - a tanker ship transporting oil from Russia to Poland. 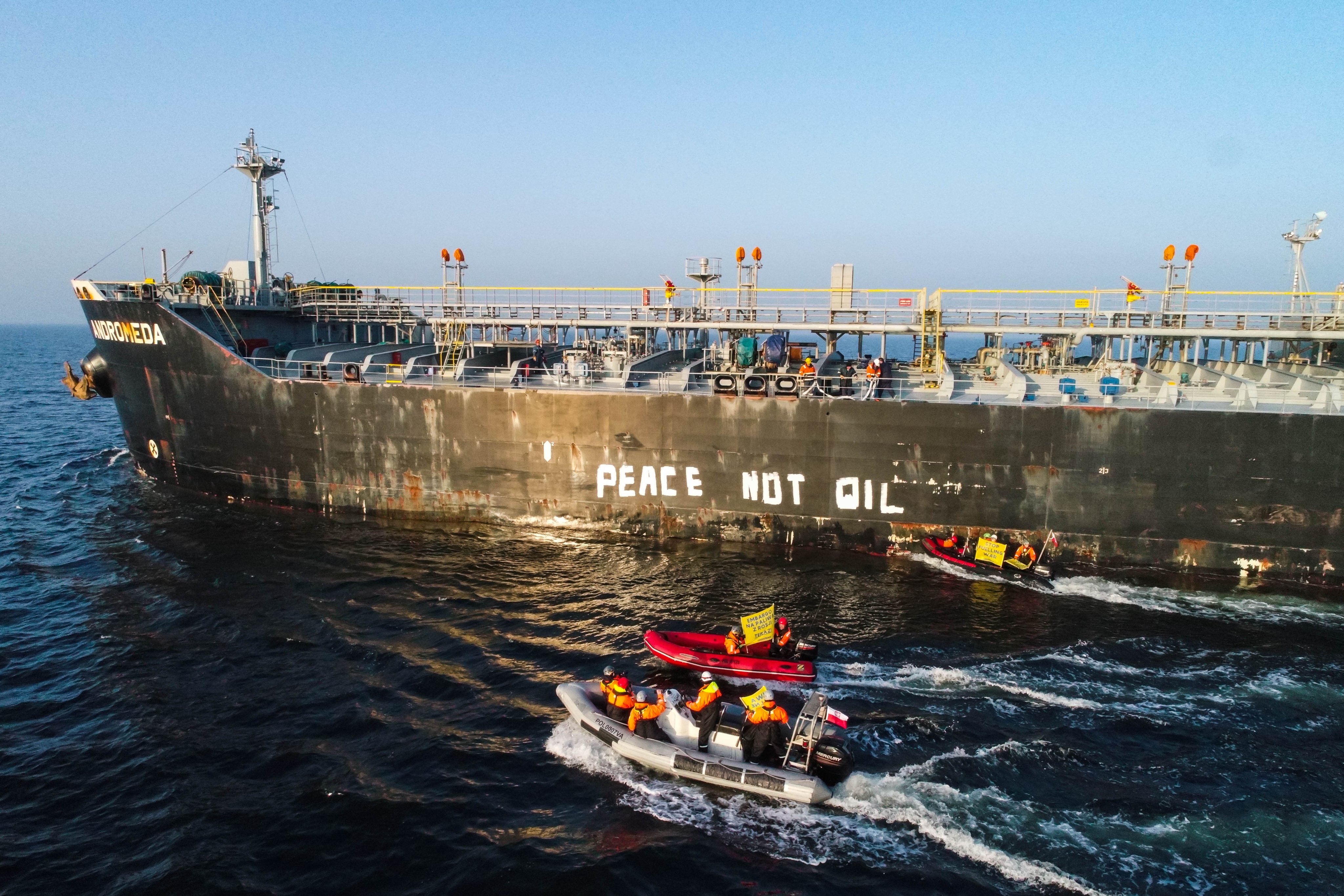