Budapest, 26 May 2022 - Environmental activists held protests in front of Hungarian embassies across Europe, from Norway to Ukraine, to demand PM Viktor Orbán stop blocking the EU embargo on Russian oil and support peace. The message of the actions that started in Hungary last Friday is that it is morally unacceptable for any government to block the EU embargo on oil without which Europe is only further financing Russia’s war against Ukraine. Greenpeace believes that breaking Europe’s addiction to Russian oil and moving rapidly away from fossil fuels is the path towards stable and lasting peace. Blocking this path is contributing to the continuation of war and the loss of innocent lives in Ukraine.

Protests by Greenpeace activists against the Hungarian government blocking the EU's oil embargo took place in Hungary, Norway, Denmark, Finland, the Czech Republic, Slovakia, Poland, Austria and Romania, and by Ecoaction in Ukraine between 20 May and 26 May.

Hungary’s Prime Minister Viktor Orban has been the biggest barrier to an EU oil embargo against Russian oil, which is the European Union’s potentially most impactful attempt so far to starve the Kremlin’s war machine. Due to the Hungarian government, the agreement over the oil sanctions might not even be reached at the coming EU Summit.

Greenpeace finds the Hungarian government’s action to undermine a joint embargo morally unacceptable. The European Union spends around 1 billion euros a day on Russian fossil fuels, essentially financing the Russian aggression in Ukraine. According to Putin's former chief economic adviser, Dr Andrei Illarionov, Russian attacks on Ukraine would stop “within a month or two” if the Western allies stopped buying its oil and gas.

“We believe that governments need to do everything in their power to stop this war that takes innocent lives in Ukraine every minute. Cutting Europe’s dependency on Russian oil and gas is also a good first step towards a fully fossil fuel-free future. Only then can we hope to limit the damage of the escalating climate and nature crisis,” commented Eszter Matyas, gas campaigner at Greenpeace Central and Eastern Europe. 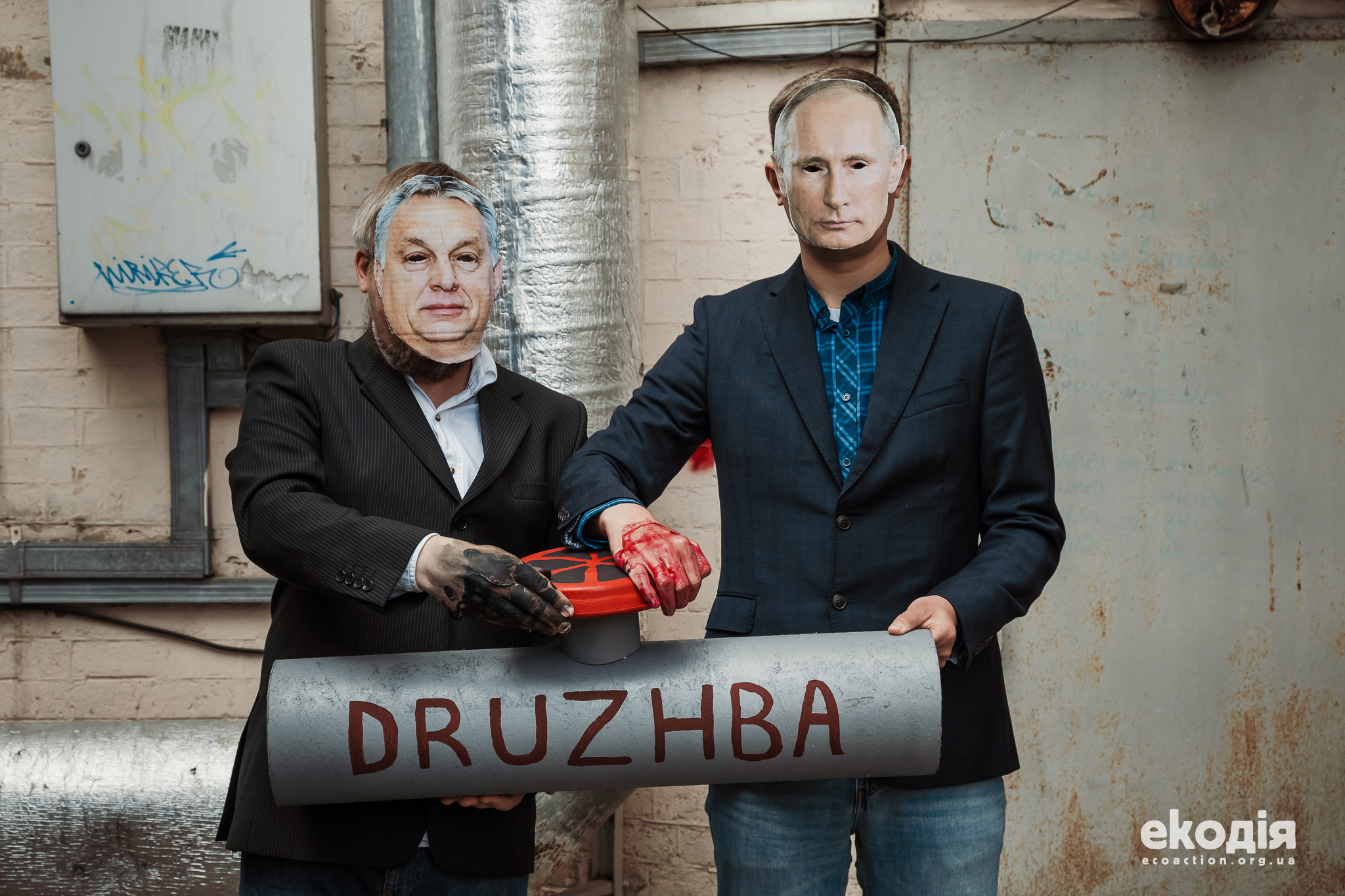 Greenpeace calls on governments to cut our reliance on fossil fuels as quickly as possible and to invest in the transition to a new and sustainable energy system based on energy savings and renewables to make our future safe and peaceful. The science is clear: four key climate change indicators have set new records in 2021, and the past seven years have been the warmest seven years on record. If governments don’t act, we will reach a point of no return and seriously disrupt the planet’s life-supporting system.