Vienna, 12.10.2022 – Reforms in the transport sector could cut the EU’s oil use for vehicles by 13%, saving people in Europe €63 billion on their energy bills and EU economies €36 billion a year, according to new research by Greenpeace Central and Eastern Europe. The calculations come as diesel fuel shortages and cuts to oil production announced by the OPEC Plus energy cartel, spearheaded by Russia and Saudi Arabia, raise fears of further energy price rises amid an already desperate cost-of-living crisis. 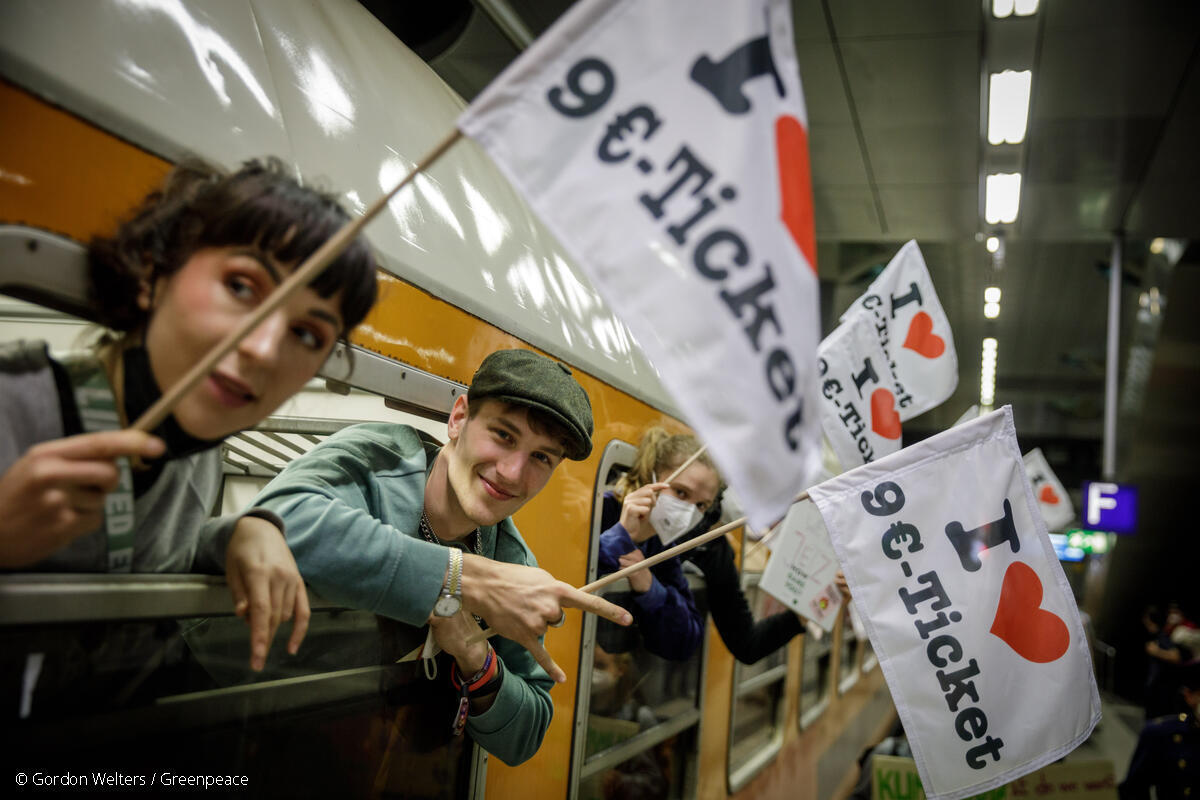 The analysis looks at the potential of a set of short- and mid-term measures to reduce transport-related energy consumption, save money and decarbonise transport. Measures like increased teleworking, more carpooling and lower speed limits could cut the EU’s annual transport-related energy consumption by 50 million tonnes of crude oil – equivalent to the greenhouse gas emissions of 120 million average cars.

Herwig Schuster, transport campaigner for Greenpeace’s Mobility for All campaign, said: “Europe’s oil-addicted transport system is making the cost-of-living crisis worse for households, while wrecking the climate and fueling the war in Ukraine. Fuel prices are rising, but many people have no choice but to keep paying through the nose, unless the EU and governments provide alternatives. Banning needless short-haul flights and private jets, and boosting public transport with affordable ‘climate’ tickets, would cut oil use dramatically, and people’s bills along with it.”

Europe’s transport system is a major driver of the energy, climate and cost-of-living crises. Transport consumes more energy than any other sector in the EU, using almost 70% of all the oil in the EU, causing almost 30% of the EU’s greenhouse gas emissions and representing the second largest expense of EU households, after housing.

Initiatives in Germany and other EU countries to make public transport free or more affordable have proven to alleviate energy and living costs, lead to less car usage and fewer traffic jams in cities, and enable low-income households to access mobility services. The German “€9 ticket” and Spanish public transport scheme have been some of the most popular policy interventions for cushioning people’s rising household bills during the energy crisis.

While the European Commission has acknowledged the significant energy savings potential in the transport sector, it has not proposed any EU-wide mandatory measures to save oil, as opposed to measures it has implemented to save gas and more recently electricity.

As energy ministers gather in Prague to discuss the energy crisis, Greenpeace is calling on European governments and the EU to make swift reforms in the transport sector to cut Europe’s oil dependency, including a ban on short-haul flights, lower speed limits and affordable ‘climate’ tickets for public transport.