Pula (Croatia), 7 June 2022 - Greenpeace activists from Croatia, Hungary, Poland and Ireland have scaled the gas rig Ivana B in the north of the Adriatic Sea, some 50 kilometres away from the Croatian coast. Activists unfolded a banner with the image of Ursula von der Leyen calling the President of the European Commission to plan a phase-out of fossil gas by 2035 and boost energy transition towards renewables in the European Union. 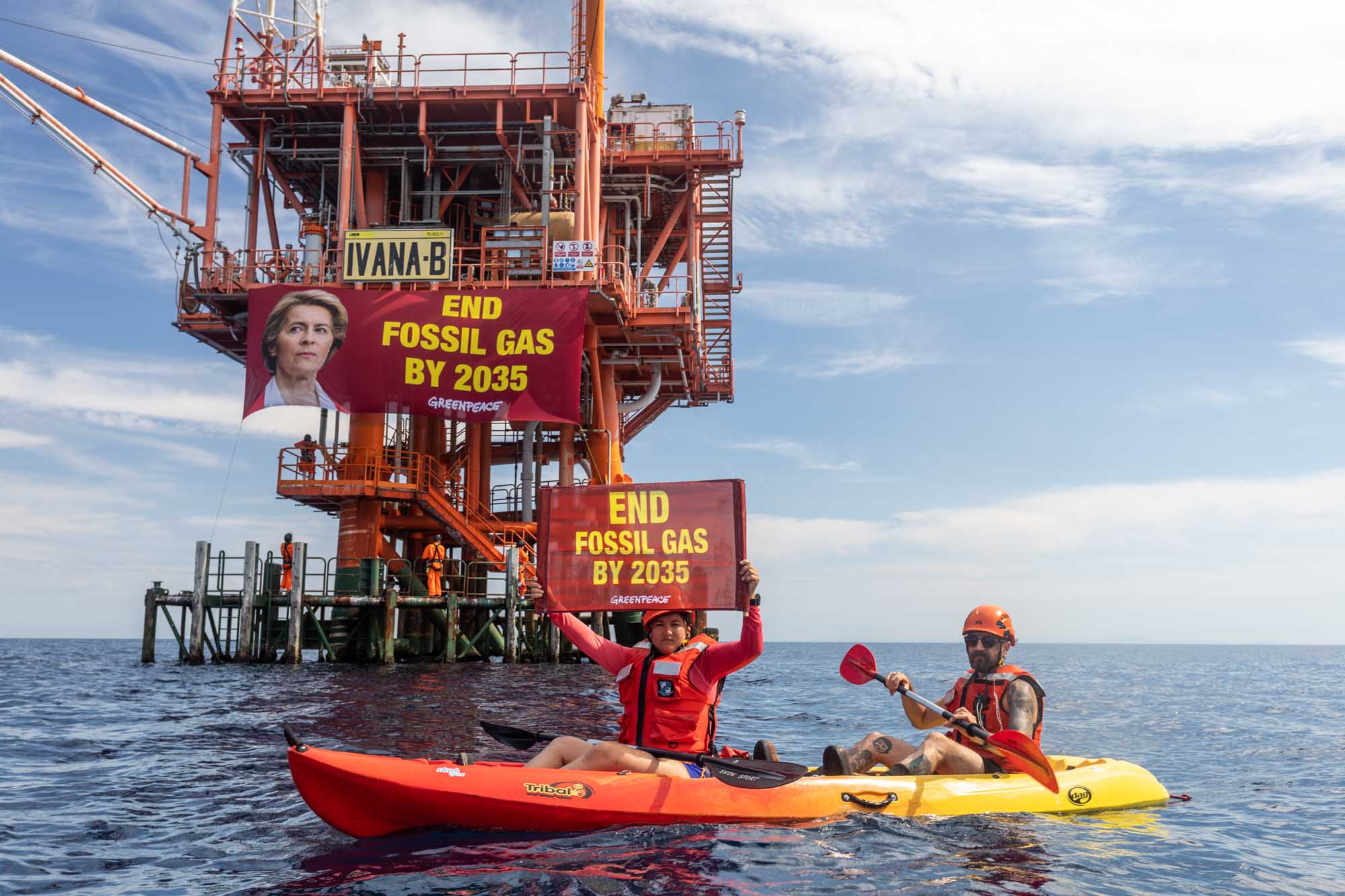 “Fossil gas is one the biggest drivers of the climate crisis. And just like other fossil fuels it causes wars and harms people all over the world. Fossil energy companies are thriving and even increasing their profits, while people are overburdened by skyrocketing energy prices. European leaders let all that misery happen. Instead of turning directly to real solutions, like renewables and energy efficiency, they keep us Europeans on a short leash of fossil fuel addiction,” says Eszter Matyas, regional gas campaigner in Greenpeace Central & Eastern Europe.

Having overtaken coal in 2020, fossil gas is the second biggest source of carbon dioxide emissions in the EU. Despite this fact European politicians are still falling for the greenwash by the fossil fuel industry calling it ‘bridging fuel’ that would eventually lead to clean energy. 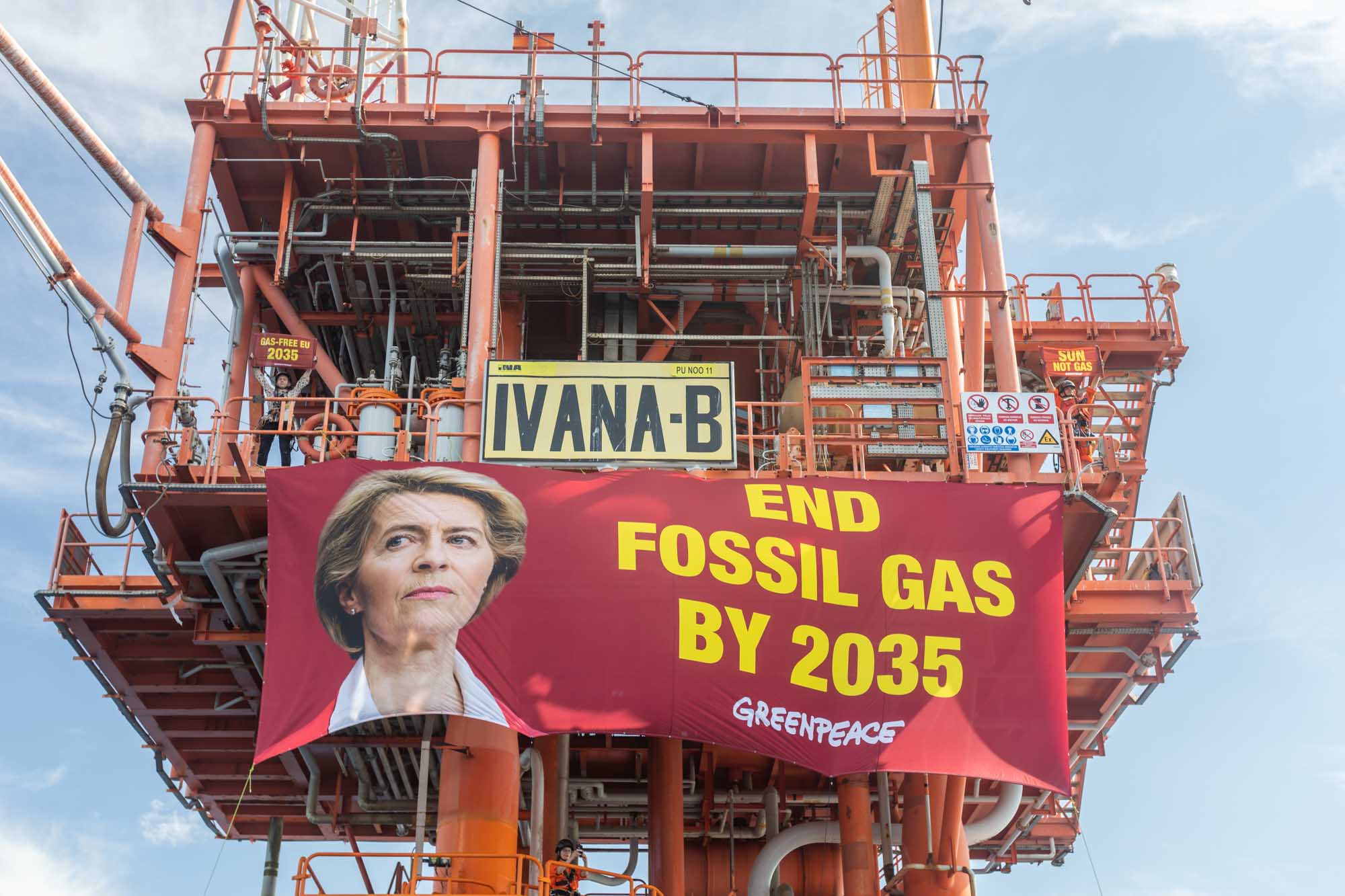 “Climate science is crystal clear: fossil gas is not a solution to the climate crisis, it is a huge part of the problem. We need to phase it out as soon as possible – by 2035 at the latest in order to avoid the climate catastrophe. Europe cannot risk any new gas rigs, any new gas pipelines or gas-fired power plants. Gas is an issue no matter where it comes from: Russia, Norway, Algeria, Qatar or Croatia,” continues Eszter Matyas.

Many Europeans struggle to pay their energy bills and keep their homes adequately warm. In 2019 an estimated 50 million households in the European Union lived in energy poverty and experienced inadequate levels of essential energy services. Between December 2020 and December 2021, consumer energy prices in the euro area for electricity, gas and other fuels increased by 25%. Since the start of the war in Ukraine the energy crisis in the EU has further aggravated.

“With soaring energy prices we need EU leaders to treat investment in home insulation and renewables as a matter of national security. Politicians need to help Europeans wean off expensive gas. There is no better way of achieving this than by improving energy efficiency and replacing gas with renewables”, says Eszter Matyas.

The EU is currently working on an amendment to the taxonomy, a classification system which serves as the blueprint for steering the EU towards sustainable financial investments. The document classifies which economic activities are sustainable and should be supported in order to achieve the goals of the European Green Deal. The current EU Commission proposal, which was heavily criticised by Greenpeace, extends the green label to fossil gas. On June 14 the members of the joint ECON and ENVI committees will provide their opinion of the proposal ahead of the European Parliament’s vote that will take place in early July.

Since 2013 the EU has subsidised gas infrastructure with over €5 billion. Granting green label to fossil gas would enable further subsidies. Recent research by Greenpeace France has shown that Russian energy companies Gazprom, Rosatom and Lukoil used lobbying connections to influence the inclusion of fossil gas in the EU taxonomy of sustainable investment. 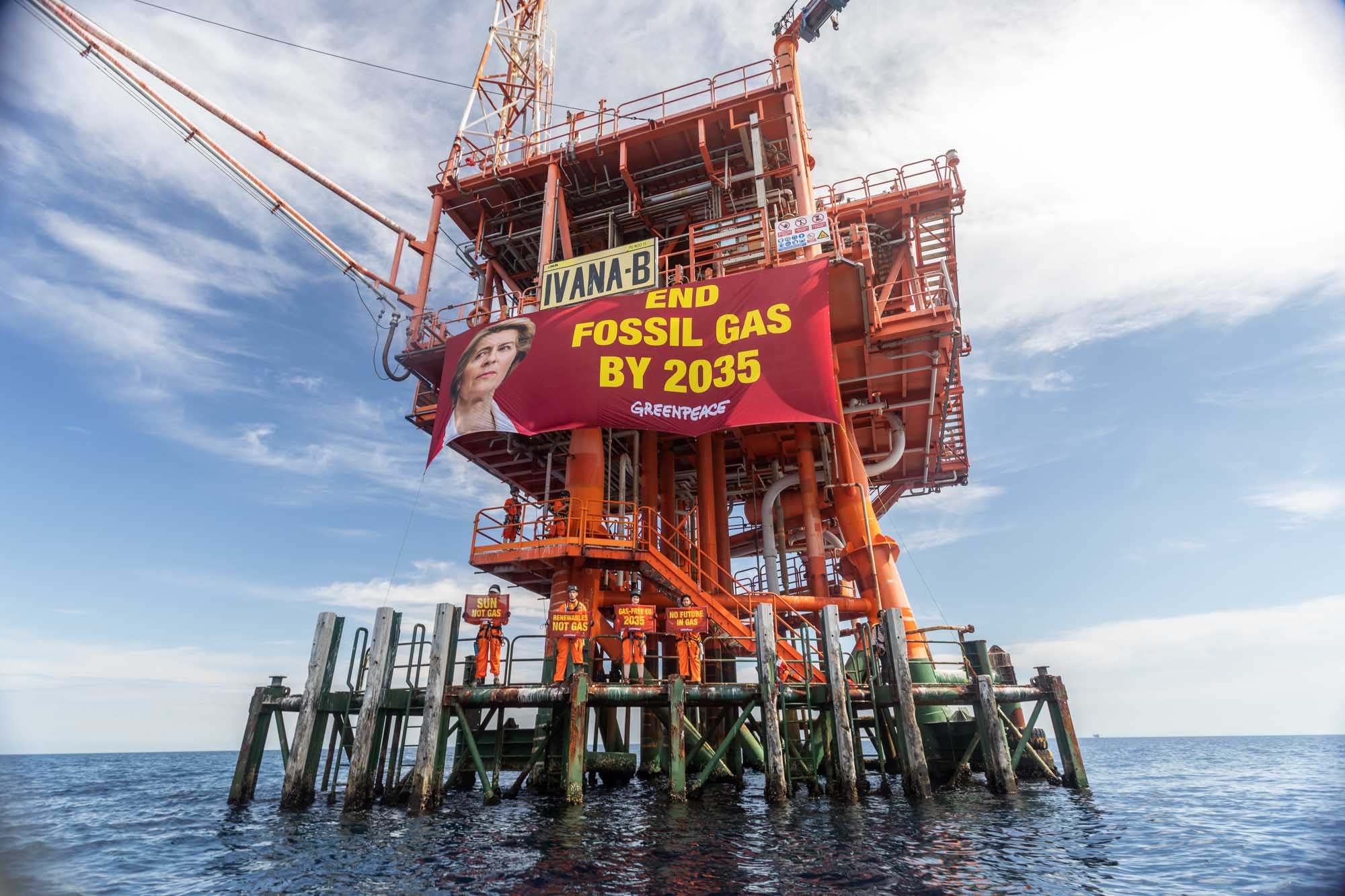 “Short-sightedness of European leaders is striking. The EU should not only impose an embargo on Russian gas in order to stop fueling Russian invasion on Ukraine, but also exclude fossil gas from the EU taxonomy. Investing more public money into fossil gas will create a lock-in effect. Instead we need to double down on phasing out gas and accelerating energy transition,” says Eszter Matyas from Greenpeace Central & Eastern Europe.

Buildings, electricity and heat generation are responsible for two thirds of the EU's gas consumption. Clean solutions like solar panels, wind farms, heat pumps, home insulation or electrification are now mature and can be used across Europe to reduce demand for fossil gas. Until now many EU countries are lagging in terms of renewable energy production. For instance, in 2020 solar power accounted for less than 1% of Croatian electricity demand. Similarly, more than half of the country’s energy demand was covered by fossil fuel imports.

“Isn’t it absurd that in a country like Croatia, with an amount of sunshine similar to Italy or Greece, politicians overlook the potential of solar energy? At the same time, fossil energy companies like INA and MOL get a free pass and they are allowed to jeopardise our sea and extract fossil gas from the Adriatic. For one and a half year now these companies have not cleaned up a gas rig which sank in December 2020 and is still lying at the bottom of the sea. It doesn’t have to be that way. We can get energy from clean and safe renewable energy sources,” says Petra Andric, program lead in Greenpeace Croatia. 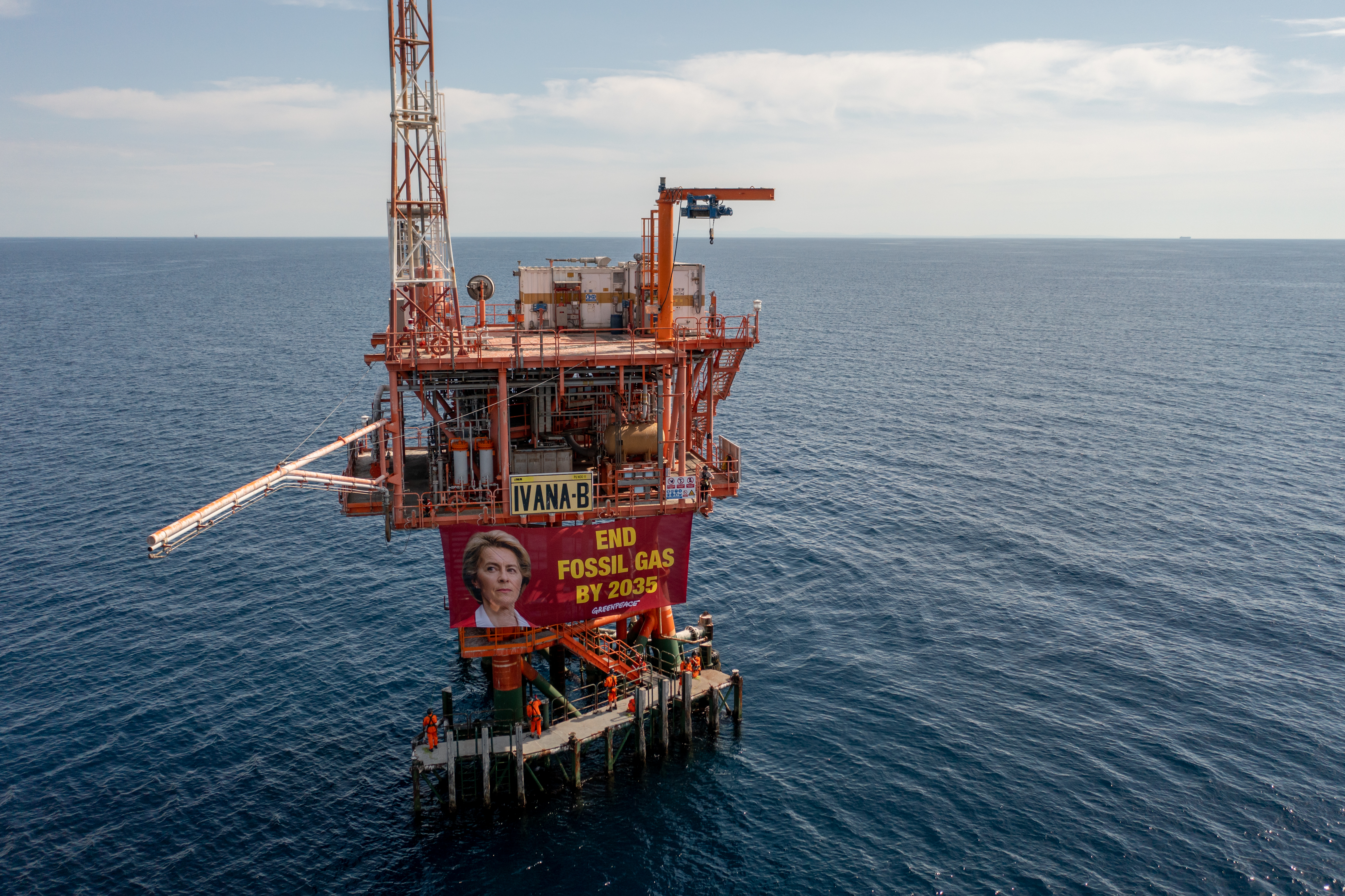